In light of actors Daniel Dae Kim and Grace Park leaving the hit CBS television series “Hawaii Five-0” citing pay disparity, several actors and those involved in the industry have spoken up about discrepancies in pay for Asian Americans in Hollywood.

“Is it suspicious that all the Asian leads in ‘Hawaii Five-0’ left this year, and what does this say about racial and gender bias on actor salaries?” Anderson Le of You Offend Me You Offend My Family wrote.

Kim and Park were both series regulars for the show’s first seven seasons. Kim confirmed via a Facebook post last week that, ahead of its eighth season, he chose to leave after the network failed to offer him pay on par with his co-stars Alex O’Loughlin and Scott Caan.

Criticism that the pair’s departure makes the show no different from any other white character-centric cop show on television is ringing loud on social media.

“The two Asian characters are being written off a show set in Hawaii? Not a good look, CBS,” tweeted Carina MacKenzie, a television show writer.

Others in Hollywood have joined the conversation:

You’re producing a show, you got him as a series regular—why would you not want to place @danieldaekim front and center? #smh #dumbHollywood

Here’s to @danieldaekim & Grace Park standing up for equality. Know ur worth, ur value… & don’t be afraid to stand up for it https://t.co/UzBN1oWhit

“The path to equality is rarely easy.” It’s time to stop being silent. This is a great start. #gracepark @danieldaekim https://t.co/tFiLHvvm1o

All the other actors had to do is stand with them in solidarity and the issue would have been quickly resolved. https://t.co/U8u6uo5Rmq

Kudos to @danieldaekim & Grace Park for walking out. Hollywood needs to embrace diversity and @RossButler is proving that it can and will ✌️

Suspicious, all Asian leads in HAWAII FIVE-O left this year. What does this say about race and gender? https://t.co/Z4UEapmWcc via @yomyomf

It takes great courage to stand up for something the way @danieldaekim has for racial pay equality. We need to fix this & gender pay gap now https://t.co/QFMWzdqUPm 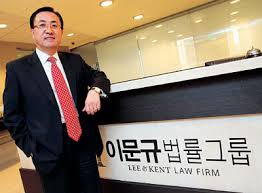