Hong Chau may not be a familiar name just yet, but the actress is already making headlines for her role in the upcoming film “Downsizing.”

“Downsizing” is a science-fiction political satire that answers to an overpopulated world by shrinking humans to live in a miniature world. Chau depicts Ngoc Lan Tran, a Vietnamese activist who ends up in the U.S. after being shrunk against her will by her government, opposite Matt Damon, Christoph Waltz and Kristen Wiig.

Chau’s performance received rave reviews when it premiered at the opening night of the Venice Film Festival in August, and has caught the attention of film critics. Variety noted that her performance “is remarkable. She starts off as a borderline stereotype — a bitter refugee spitting venom in broken English — and then melts into the film’s most surprising character.”

Chau, who was born in Thailand to Vietnamese parents, was raised in New Orleans. She made her feature film debut in 2014’s “Inherent Vice.”

“Downsizing,” directed by Alexander Payne (“The Descendants,” “Nebraska”) and written by Payne and Jim Taylor, is due in theaters Dec. 22, 2017. 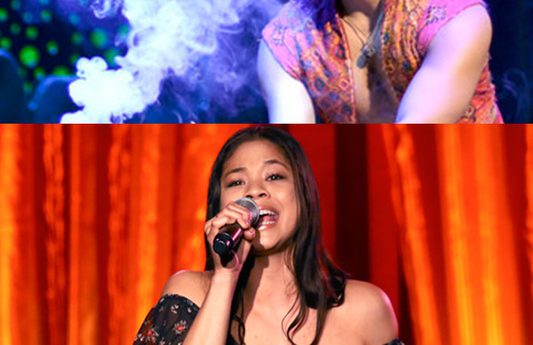 All the world’s a stage, and these standout Broadway actors made sure that the Asian American and Pacific Islander community had a chance to shine this year. Check out […]