In support of Asian Pacific American Heritage Month (AAPIHM), the Coalition of Asian Pacifics in Entertainment (CAPE) will be launching its #IAm Campaign, a celebration of Asian American and Pacific Islander (AAPI) role models in the arts and entertainment. The all-digital campaign is the first of its kind, and it features some of the world’s biggest Asian stars on film, television and YouTube.

“My job at CAPE is simple: to put more Asian faces in front of and behind the camera through events, education, and advocacy,” said executive director Jennifer Sanderson. “We are change agents for our community and the entertainment industry, but we still have a long way to go to overcome the false stereotypes and misrepresentations that plague us. That’s where the CAPE #IAm Campaign comes in. “The goal is to share stories, who we really are, instead of perpetuating stereotypes that are ever present in the mainstream media.”

The #IAm Campaign begins today with two web releases: a fun eight-episode web series, “Making I AM: Get me Your Friends,” and a set of 19 mini-documentaries featuring AAPI artists and leaders telling their stories of overcoming obstacles and chasing dreams.

In order to recruit The Walking Dead‘s Steven Yeun, Park agrees to set him up on a date with model Jessica Gomes. As Yeun finds out, however, he’s not the only one who fell for that false promise. Park also somehow out-dances Harry Shum Jr. in a dance-off to get him to join, although Dancing With The Stars judge Carrie Ann Inaba might have been a tad generous with her score.

This story was originally published in iamkoream.com. 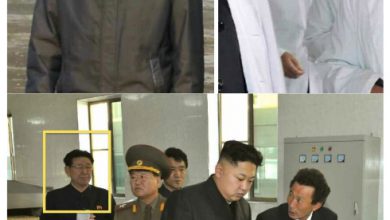