Romantic comedies can have the painful effect of reminding us how perpetually single we are, especially on Valentines Day. But one rom-com is trying to help audiences feel okay for not finding “The One” yet.

Released Feb. 13, Priyanka Chopra stars alongside Rebel Wilson, Adam Devine and Liam Hemsworth in “Isn’t It Romantic.” “Isn’t It” pokes fun at tired romantic comedy tropes like the gay best friend and the all-too-perfect male love interest in a hilarious, satirical way. It’s a meta rom-com within another rom-com, and Priyanka plays Isabella — the conventionally attractive woman that every man wants but can’t have.

“When the script came to me I loved how ahead of the curve it was,” actress Priyanka Chopra said in an interview with Kore. “It was just so smart, and, not to mention, entertaining! I just really, really wanted to be a part of the movie,”

The story follows Andrea (Wilson), a mid-level architect with average looks, low self-esteem and no backbone who constantly gets pushed around her office. She’s a classic rom-com heroine. But the thing is, Andrea hates rom-coms. She thinks they perpetuate unrealistic expectations of life and love and calls them “lies set to terrible pop songs.”

When Andrea gets mugged and knocked unconscious, she wakes up trapped in a rom-com world wishing she could return to reality. She can’t curse or have sex and her girlfriend is now her archnemesis. What’s more, the model plastered on the Pantene billboard outside her office window is a hot, successful yoga ambassador named Isabella who’s engaged to her love interest and dorky colleague, Josh (Devine).

“A yoga ambassador is not even a real thing!” Priyanka said. “Isabella is just the daughter of rich parents who lives life as she wants. She literally says she’s a role model. Who says they’re a role model?”

Despite being busy concurrently filming the second and third season of her hit show “Quantico,” the actress was determined to be a part of “Isn’t It.”

“My quest as an artist has always been to be a part of mainstream entertainment because I feel that’s where lack Asian representation,” Chopra said. “We’re always put into a box of what we should be and what parts we should play. I think [Isabella] is an amazing character in a movie that I think really pushes the needle forward in terms of conversation.” 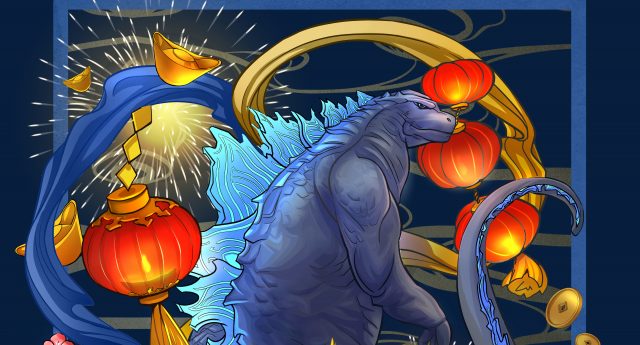 The world’s most fearsome (and beloved) Japanese monsters are emerging from the darkness to engage in battle once again. “Godzilla II: King of the Monsters,” sequel to the 2014 […]