​With a wooden conch light installation surrounded by glittering jewelry and clothing at the entrance, the “PULO Project” in the Please Do Not Enter retail-concept space resembles a Parisian five-star hotel lobby and represents the best of modern Filipino and Filipino American art and design.

The three-part series, the last stage of which runs from July 9 to August 4, is curated by Filipina artist and Please Do Not Enter director Michelle Aquino and produced by Nicolas Libert and Emmanuel Renoird, French art collectors and co-owners of the retail space. The “PULO Project,” which derives its title from the Tagalog word for “island” is founded with the mission of expanding the scope and definition of Filipino art. As a result of centuries of colonization from China, Spain and the United States, the Filipino identity has stood in a murky no-man’s land. Are Filipinos Asian? Are they Western? It’s a question that curators have traditionally answered with indigenous, pre-colonial folk art. But what is the face of modern Filipino art? This is exactly what the “PULO Project” strives to answer.

Growing up in San Diego, Michelle Aquino yearned to explore her Filipino identity. But, her mother and father were more intent on becoming “American”—a common approach for countless immigrant families. “That’s what I find with all the Filipino Americans that I talk to,” Aquino says. “We all have the same story of disconnection. Libert and Renoird will ask me, ‘How do you not know about your own culture?’”

It took Aquino over a year to research, conceptualize and execute the project. Together, Aquino, Libert and Renoird traveled to the Philippines to learn more about its art scene. They met with 25 creatives and whittled their selections down to nine. “My criteria was who’s the best in their field and who hasn’t been seen as much,” says Aquino.

The artist Leeroy New uses found materials to create colorful sculptures, installations and wearable art. He’s even designed for Lady Gaga. To commemorate the opening of the “PULO Project,” New presented an art performance that’s part of a series titled, “Aliens of Manila”. Members of the Heidi Duckler Dance troupe donned New’s wearables and performed a one-night only rooftop performance at the NoMad.

“The Philippines has a very creative energy,” says New. “Filipinos are very light-hearted and inject humor into everything. What we lack in infrastructure and economic stability, we make up for in creativity. We don’t throw things away. We repurpose recyclables like Mountain Dew bottles and use them to decorate.”

After a successful opening night, things are still sinking in for Aquino. She says attendees left the multisite exhibition impressed at the level of craftsmanship—and already clamoring to own a piece of it. “Pieces are already being bought up and promoting awareness of what is coming out of the Philippines,” Aquino says. “After dealing with the opening, it really hit me, the impact this project will have on Filipino Americans. This project is putting Filipino art and design on the map, with the global creative community paying attention.”

The “PULO Project” will continue until August 4, 2019, with more events and installations to come at both the flagship Please Do Not Enter downtown Los Angeles location and its space at the NoMad Los Angeles. 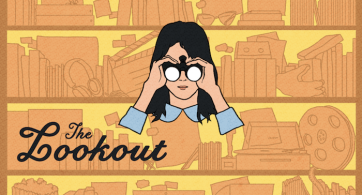 Editor’s note: We’ll be bringing you the latest scoop of what’s happening in Asian American film, TV, literature and music in our monthly “Lookout” articles. We’re doing the legwork, […]