Jackie Chan will voice and co-produce the first major animated character made in China from Sony Pictures Animation.

“Wish Dragon” is based on an original screenplay by Chris Appelhans, who is also directing. In a modern twist on the classic tale “One Thousand and One Nights,” the film follows a young boy who faces moral challenges after he meets a wish-granting dragon.

The film will be released in both Chinese and English versions and has also brought on Constance Wu, Natasha Liu Bordizzo, Jimmy Wong and Bobby Lee as voice talents for the U.S. version. John Cho and Jimmy O. Yang are reportedly in talks to join.

Chan’s Sparkle Roll Media and Base Animation will produce.

“Our goal in developing the project and building the Xiamen studio was to make world-class animation in China for China…and the world,” Chris Bremble, producer and head of Base Animation, told Variety. The Base animation studio is part of Base FX, which has worked on visual effects for a number of Hollywood blockbusters, including the “Star Trek” series, “Star Wars: The Force Awakens” and “Captain America: Civil War.” 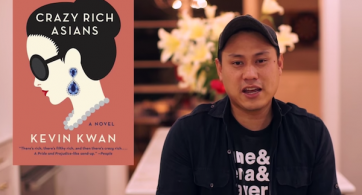 Finally, a long-awaited teaser for “Crazy Rich Asians”! The romantic comedy, directed by Jon M. Chu and based on the bestselling book of the same name by Kevin Kwan, […]