James Hahn is heading to the Masters for the first time in his life after notching a dramatic win at the Northern Trust Open golf tournament from this past weekend.

With the win, the 33-year-old has earned a two-year exemption on a PGA Tour, which guarantees his place in at least two World Golf Championships. He rolled in a birdie putt from 25 feet away on the third extra hole at Riviera to beat Dustin Johnson and Paul Casey in a three-man playoff. Hideki Matsuyama, Jordan Spieth, Keegan Bradley and Sergio Garcia all missed the playoff by a shot.

Hahn collected $1.26 million in prize money, a sizable sum for the South Korean-born, Bay Area-raised Korean American who used to sell shoes for a living at Nordstrom.

“[I] came from a small town,” Hahn told the Associated Press. “Didn’t do well in college. Was never an All-American. Sold shoes for a living. And then just one day, the putts started going in and I started playing a little better. Won a couple of golf tournaments, and now I’m here.”

After graduating from University of California, Berkeley in 2003, Hahn turned professional and played a year in Korea, two years in Canada before joining the Nationwide Tour in 2010. His first major was at the 2012 U.S. Open at age 31. During a decade of competing as an underdog, Hahn admitted that there were times when he thought about giving up golf altogether.

“It was a little embarrassing,” Hahn said. “I was going to borrow money from my parents to get a flight home. And I’m sitting there on the computer going on Craigslist and I start looking for jobs. It kind of hit me like, ‘Hey, you have an opportunity to do something with your life.'”

Before the Northern Trust Open, the Korean American golfer was best known for his good-natured humor and his dance moves. In the 2013 Waste Management Open in Phoenix, Ariz., Hahn gained media fame after performing the “Gangnam Style” dance on the course.

You can watch James Hahn talk about his win at the 2015 Northern Trust Open below: 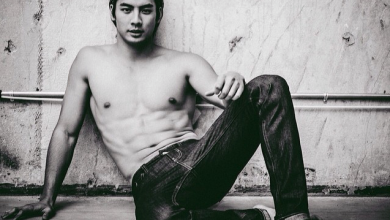 Does that face look familiar to you? Does your favorite SHAG (Super Hot Asian Guy) ring a bell? That’s right, Yoshi Sudarso is back and he’s got a lot […]