The debut feature film project by Kogonada, a Korean American filmmaker with an unknown identity, will star John Cho in the leading role.

“Columbus,” set and filmed in the Indiana city, according to Variety, is produced by Superlative Films, Depth of Field and Nonetheless Productions. Cho is joined by Parker Posey, Haley Lu Richardson, Michelle Forbes and Rory Culkin.

Kogonada – a video essayist noted for his contributions to Sight & Sound and to The Criterion Collection – said he was inspired by Columbus’ modern architecture.

“The story revolves around a man and a young woman from opposite sides of the world, each mourning the potential loss of a parent,” Kogonada told Variety.

Cho, most recently seen reprising his role as Hikaru Sulu in “Star Trek Beyond,” will play an estranged son to a famed architectural critic in the film. 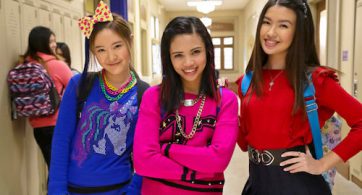 In this age of two – soon to be three! – Asian American family-centric television shows on major networks, it’s easy to forget that Nickelodeon has been home to, […]