In this age of two – soon to be three! – Asian American family-centric television shows on major networks, it’s easy to forget that Nickelodeon has been home to, for two seasons now, a show led by three Asian girls.

The musical-comedy “Make It Pop,” which returns for a summer special Saturday, unites teenagers Sun Hi (Megan Lee), Jodi (Louriza Tronco) and Corki (Erika Tham) together in a triple dorm room at a boarding school.

The show is inspired by K-pop, which means the girls form a pop band, XO-IQ, and sing and dance their way through original, carefully choreographed numbers that pop into each episode.

Lee, who spent four years in South Korea as a real-life K-pop star, is a Los Angeles native and the only American in a cast of Canadians (the show is a joint production and also airs on Canada’s YTV). “I was really pleased and happy to know that there were a lot of kids and fans who were fascinated by our music,” Lee, who has received fan art online and through snail mail, said. “Overall, our show’s ultimate message is to make people joyful, to follow your dreams and not let anyone get in the way of them.”

That’s not too surprising, given the production’s tween audience, but the message also applies, in many ways, to the cast, all of whom are starring in their first regular television role.

“Growing up, there just wasn’t a ton of shows with people that looked like me on TV,” said Tronco, whose parents are from the Philippines. She herself grew up in Canada, where she started off acting on stage for theater productions.

Jodi, who contributes both calm and sarcasm to the show’s otherwise bubbly center, is an example of the kind of female fictional character Tronco would have seen as a childhood role model. “Sun Hi, Jodi and Corki aren’t nerds. They’re not playing someone’s best friend. They’re not stereotypes,” Tronco said. “They’re strong leads that, hopefully, little girls look up to.”

“I want to break the norm of having Asian actors not being leads, always being the nerdy best friend,” said Vinson Tran, who plays Linc the guitarist – and Sun Hi’s love interest – on the show. Tran’s experience mirrors that of countless Asian actors, including Lee. Until she began going in and out of auditions, the idea of herself not just as an actor but as an Asian American female actor never hit her, she said.

“I started seeing, people don’t accept me for just being another actress. They see me as a category,” Lee said. “So now as an ‘Asian American actor’ on a TV show, I do feel responsibility. I want to be an inspiration, let kids know that you, too, can be on TV.”

“We really spent time making sure that these three girls were three different characters,” Tronco said. During production, the cast were welcome to provide input into their characters. Lee, knowing Sun Hi would be heavily influenced by K-pop’s eclectic fashion, put together a collage of hairstyles and make-up that included IU, 2NE1’s Sandara and Girls’ Generation’s Tiffany.

“We get to do a musical on television,” Lee said. “It’s a dream come true, literally.”

Though the status of a third season for the show remains to be seen, the special – “Summer Splash” – will bring the girls back on screen for a romp to a vacation resort, with guest appearances by Chachi Gonzales and JoJo Siwa and three new songs.

Tran has had fans from outside North America, from Brazil to England, come up to him. “They say, ‘I love these characters. I look up to these characters,’” he said. “It’s not the biggest thing to them that these girls are Asian. They’re just seen as strong, inspiring leads.” 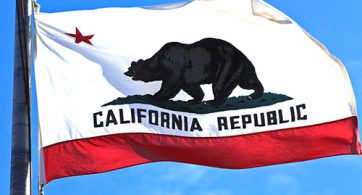 With August 2016 declared as the first-ever Muslim Awareness Month in California, leading civil rights organizations will unite for discussions on Muslim, Sikh and South Asian American communities and […]