The Fast & Furious director Justin Lin has signed on to direct Star Trek 3, according to The Hollywood Reporter.

Lin will be replacing Roberto Orci, who stepped down from the director’s chair in early December. The film would have marked the directorial debut of Orci, who wrote the first two installments of Paramount’s rebooted Star Trek franchise with his former writing partner Alex Kurtzman.

J.J. Abrams directed both 2009’s Star Trek and 2013’s Star Trek Into Darkness, but chose not to return for the third film in order to helm Star Wars: The Force Awakens.

According to Deadline, Lin was the only one offered the project despite numerous top-rated directors being named as possible contenders. He apparently nabbed this year’s biggest open directing job because he became available after The Bourne Legacy sequel he was attached to direct with Jeremy Renner was delayed when Matt Damon and Paul Greengrass agreed to do another installment of The Bourne Identity series.

To put it simply, it was fate.

Lin comes to the wildly successful Star Trek franchise after helming Fast & Furious 6, Fast Five, The Fast and the Furious: Tokyo Drift and Fast & Furious. Before he directs the third Star Trek installment, Lin will be directing the first two episodes of True Detective Season 2 for HBO. 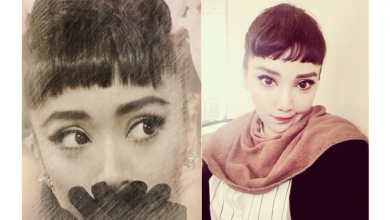 A few months ago, we showed you the skills of Paolo Ballesteros, a Filipino host and actor who has undeniable talent when it comes to makeup. Using wigs and […]