K-pop stars TWICE are all dolled up and ready for prom in their brand-new single, “The Feels.”

Released on Oct. 1, the bubblegum pop song marks TWICE’s English-language debut. The accompanying music video follows the band’s nine members (Sana, Tzuyu, Momo, Nayeon, Mina, Jihyo, Dahyun, Jeongyeon and Chaeyoung) as they try on colorful new clothes and brush up their prom-perfect makeup looks before the dance. Later, the girls make a splash on the red (or rather, pink) carpet, then take the stage to perform the track’s earworm chorus.

TWICE first appeared on the K-pop scene in 2015 via label JYP Entertainment and has since toured three times, garnering a dedicated following across the world. The band will release their third full album in November of 2021.

Check out “The Feels” here! 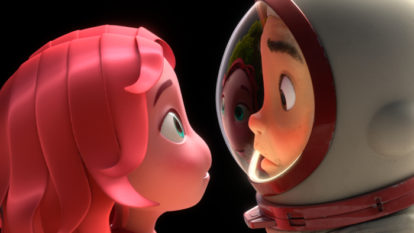 The short film, inspired by Mateo’s personal experiences during his wife’s battle with breast cancer, premieres Oct. 1 on Apple TV+.