According to Deadline, Ken Jeong has hopped aboard the project, which follows Will O’Brien (played by Yang), an ordinary man who seems to have everything he could wish for except his lifelong hidden dream of being a successful stand-up comedian.

O’Brien’s opportunity comes when he gets the chance to open for his favorite comedian Billy G during a weekend tour. There is no information yet as to who Jeong will play in the film, but audiences can expect to see him flex his usual comedic prowess.

Jeong’s comedic work include his star-making role as Leslie Chow in “The Hangover” series and as the titular character in ABC’s “Dr. Ken.” He also stars in the upcoming film “Crazy Rich Asians” alongside Henry Golding and Constance Wu. 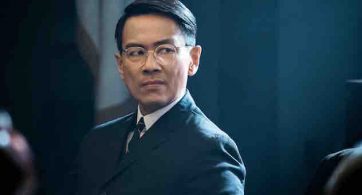 The second season of “The Man in the High Castle” was nothing short of a roller coaster ride. This news coming from Amazon is sure to excite viewers again: […]