A Korean American professor of international relations at the University of Illinois at Chicago is suing the school over allegations that he was discriminated against due to his ethnicity.

Seung-Whan Choi, a Korean-born American citizen who was fired from his tenure-track position in 2011 but was reinstated months later, said in his lawsuit that he experienced many years of discrimination due to his race.

Choi alleges that he was isolated and denied raises that his peers received by the university’s political science department. According to court documents, Choi also said he was forced to teach a course in statistics even though he lacked the proper qualifications because one department official told him that “Asians, especially Koreans are very good at mathematics and statistics.”

“They don’t like Korean Americans,” Choi told the Chicago Tribune on Wednesday. “I’m supposed to be very submissive to the department head, who is white American.”

Court documents also revealed that Choi was forced to teach a class in Korean politics despite lacking formal education in the field.

Additionally, the lawsuit accuses then-department head Dennis Judd of changing an undergraduate student of Choi’s grades without first consulting with the professor, in 2015. When asked about it, Judd allegedly said he “knows that many Koreans are stubborn and do not understand American culture of compromise when dealing with their boss.”

The complaint also brings allegations that Choi was denied a promotion to full professor because he lacked academic contributions to the department despite publishing two books and a nine-page curriculum vitae. Choi told the Tribune that he has no future with the department, and said the situation has had a negative effect on his anxiety, blood pressure and ability to be a good husband and father. 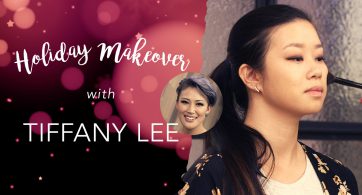 Celebrity hairstylist/makeup artist Tiffany Lee gave our own Stacey Wong a makeover perfect for this holiday season. Ring in the new year with a fresh new look that’ll turn […]