San Diego Comic-Con, the biggest and most wonderful gathering of comic book and pop culture enthusiasts from around the world, is in full swing this week. Here are some of the talented Korean Americans who will be participating in panels during the 4-day convention!

Jim Lee is one of the most revered figures in the comic book industry. His travels range far and wide. Lee began his career at Marvel Comics back in the 1980s as an artist. In 1991, X-Men No.1, which he illustrated, became (and remains) the best-selling single comic book of all time.

Lee also helped form Image Comics in 1992, where he was able to publish his own creative content. Years later, after deciding to focus more on art, Lee left Image Comics and joined DC Comics, where he worked on iconic characters such as Batman, Wonder Woman and Superman. In February 2010, Lee and Dan DiDio were named co-publishers of DC Comics. The following year, Lee became one of the architects behind the New 52, a relaunch of 52 new series.

To learn more about Lee, read KoreAm‘s Dec. 2011 feature story on him here. Make sure to catch Lee at the convention’s DC Entertainment panel and his solo panel on Sunday.

It all began with issue No. 1 of The Man of Steel. As a young child of immigrant parents, Kim connected with Superman’s identity crisis.

“This man of steel always felt like he was created to make a difference but wrestled with compromising the two worlds of his heritage,” Kim writes in a blog entry. “I started to feel understood. I realized that pain and struggle is part of this journey into young adulthood and I was not alone on this path.”

As a passionate comic books fan, Kim considers himself a proud nerd. In 2005, the Superman fan moved to Southern California from Texas, finally making his way to the “Nerd Mecca” known as San Diego Comic-Con. Since then, Kim’s been a self-titled Comic-Con evangelist spreading the nerd gospel.

Kim will be one of the speakers at SDCC’s “Geek Wars: The Nerds Awaken” panel on Friday at 10 a.m.

A graduate from the Fashion Institute of Design & Merchandising (FIDM) and Otis College of Art and Design, Soyon An has worked on So You Think You Can Dance as a costume designer for six seasons, as well as a fashion consultant for American Idol. Her latest project as costume designer is a live-action adaptation of Jem and the Holograms, which is now in post-production and slated for an October 2015 release.

At SDCC, An will be speaking at a costume panel on Friday at 1 p.m. and a design panel on Saturday at 11 a.m.

Greg Pak is best known for his work on Action Comics, Batman/Superman, Planet Hulk, World War Hulk and Storm. His graphic novel Code Monkey Save World, which is based on the songs of Jonathan Coulton, holds the record for highest-grossing, original comics Kickstarter of all time.

On the film side, Pak directed the 2003 sci-fi indie film Robot Stories, starring Tamlyn Tomita and Sab Shimono, and wrote the screenplay for MVP, which premiered at the 2004 Sundance Film Festival.

Moon Bloodgood is best known for her work in TNT’s post-apocalyptic drama Falling Skies, which is now on its fifth and final season. Bloodgood will be joining her co-stars Noah Wyle, Will Patton, Drew Roy, Sarah Carter, Connor Jessup, Colin Cunningham and Doug Jones at SDCC this year for a Q&A panel on Friday at 11:15 a.m.

The actress has graced two covers of KoreAm, once in April 2007 and September 2012.

Heroes star James Kyson will be unveiling his new sci-fi dramedy series Nobility, which is described to be Firefly meets The Office, at the “Nobility: These Aren’t the Heroes You’re Looking For” panel on Friday at 7:30 p.m. He will be joined by sci-fi veterans Walter Koenig, Doug Jones, Adrienne Wilkinson and Christopher Judge.

Ilram Choi told KoreAm in 2012 that the superhero he’d most like to be would be Superman. But Spider-Man isn’t a bad choice, either.

Since moving to Los Angeles 11 years ago, the stuntman, who is trained in taekwondo, capoeira, aikido and jiujitsu, has worked on several action movies and hit TV shows, from the Transformers films to Avatar and TRON: Legacy.

Choi will be joining Greg Pak at the “Super Asian America” panel on Sunday.

Publisher of Famous Monsters of Filmland

Philip Kim is the publisher of Famous Monsters of Filmland, the world’s first monster fan magazine started back in 1958. Kim acquired the magazine in 2007. He will be speaking at a panel with the magazine’s editors Ed Blair and David Weiner on Friday at 5:30 p.m. in Room 26AB.

Korean Canadian illustrator and cartoonist based in Toronto.

Cho’s previously published works include Back Alleys and Urban Landscapes, a collection of sketches depicting Toronto’s cityscape. His graphic novel Shoplifter is centered on Corrina Park, a young aspiring writer who searches for happiness and self-fulfillment.

Cho will be teaching a SDCC workshop with Chip Kidd on Friday at 11 a.m. He will also participate in two art panels: “Celebrate 75 Years of Will Eisner’s ‘The Spirit'” and “CBLDF: You Can’t Draw That! Live Art Jam.”

Artist Kim Jung Gi is known for his ability to draw without any prior sketching or photographic reference. His work has attracted millions of views on YouTube over the last few years. Since 2007, he has published three sketchbooks that consists of more than 2,200 pages of his stunning art.

At SDCC, Kim will be teaching a drawing workshop on Saturday at 3:30 p.m. in Room 2. 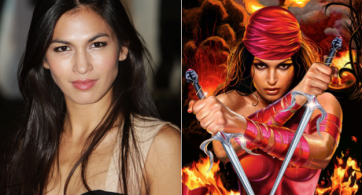