The legendary Yellow Rose of Texas… is Asian? At least at the 35th annual Los Angeles Asian Pacific Film Festival, she will be.

This year, LAAPFF will kick off opening night with the world premiere of “Yellow Rose.” The film follows the story of a young, headstrong Filipina who grew up in a small Texas town looking to make her mark in the state’s honkytonk scene while fighting the threat of deportation. This year’s LAAPFF will run from May 2-10 in theaters throughout the Los Angeles area and will feature over 100 films. The festival’s full line-up will be announced on Monday, April 1.

“I am so humbled that our film has been chosen for this honor,” Paragas said. “‘Yellow Rose’ has taken over 15 years to make and couldn’t come at a more important time when anti-immigrant sentiment is at an all-time high. This is a story for everyone facing challenges in finding their voice, their dreams and, more importantly, their home.”

‘Yellow Rose’ will screen on Thursday, May 2 at 7 p.m. at the Japanese American Cultural & Community Center’s Aratani Theatre in Little Tokyo. Members of the cast and crew will be holding a Q&A after the screening. For more information about the film, festival or tickets, check out LAAPFF’s website here. 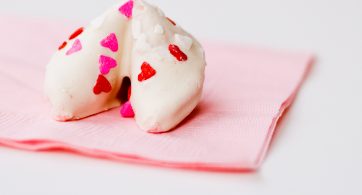 In most parts of the world, there is a general consensus when it comes to dating: women are never expected to make the first move. Texting first, asking for […]