Get ready for the Pandamonium!

The story of the iconic fighting panda, Po, is back in the new animated Netflix series “Kung Fu Panda: The Dragon Knight,” as he teams up with an elite English knight named Wandering Blade to rescue magical weapons, restore Po’s reputation, and save the world. With favorite characters like Mr. Ping, Po’s adopted father, returning to the beloved franchise that expands into three films, two animated series, and three short films, legendary actor James Hong sits down to discuss the upcoming series.

Playing the role of Mr. Ping, who owns a noodle shop in the Valley of Peace, Hong discusses what is different now than other installments in the franchise that would be eagerly waiting for viewers. “It’s totally different in the sense of what Po and Mr. Ping bring to the screen,” Hong said. With the father-son dynamic already established in previous installments, introducing a character like Wandering Blade into the Kung Fu Panda universe would bring more excitement, storylines, and eyes to the animated series.

Prior to playing Mr. Ping, Hong was a civil engineering graduate from the University of Southern California that was initially building roads for Los Angeles County until acting came into his life.  After scoring his first onscreen appearance as an additional role name here, in Gruncho Marx’s show, “You Bet Your Life,” Hong’s life changed forever. “The love of acting came to my soul and changed the whole course of my life so I had to regretfully quit engineering to devote full time to acting,” Hong said. With his first on-screen appearance in Groucho Marx’s show, “You Bet Your Life,” Hong soon found himself landing more roles that would later establish him as one of the most prolific Asian American actors of all time.

To hear the full story of Hong’s 70-year-long career, watch the interview above and don’t forget to watch “Kung Fu Panda: The Dragon Knight,” on Netflix now! 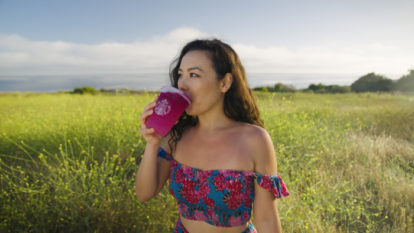 This summer, take a moment to snap a pic at these five Los Angeles exhibits, parks and more.