Liam Neeson has signed on to portray U.S. Army General Douglas MacArthur in Operation Chromite, a Korean blockbuster set during the Battle of Incheon, reports Variety.

Produced by South Korea’s Taewon Entertainment, Operation Chromite follows eight Korean troop members who carried out the covert “X-ray” operation that led to the historic amphibious landing at Incheon. The landing, which reversed the tide of the Korean War for U.N. forces, was planned and executed by MacArthur. Two weeks after the Battle of Incheon, South Korea managed to retake Seoul from North Korean troops.

The film will be directed by John H. Lee, a.k.a. Lee Jae-han, and scripted by Lee Man-hee. Both have previously worked together on the Korean War film 71: Into the Fire.

Jeong Tae-won, head of Taewon Entertainment, told Yonhap News Agency that Operation Chromite will begin production in South Korea in late September with a budget of about $12 million. He expects to hold a press conference on Sept. 15, the anniversary of the Incheon landing.

Other roles in the film have yet to be cast, but top actors Lee Jung-jae and Hyun Bin are strong candidates for the role of the leader of the South Korean intelligence unit, according to Variety. Lee Beom-soo is also in the running for the role of a North Korean elite officer.

Although Korean directors have helmed Hollywood films before, it is fairly rare for Korean films to cast Hollywood actors. One exception is Bong Joon-ho’s Snowpiercer, a 2013 dystopian thriller starring Chris Evans and Tilda Swinton.

Neeson has built a strong following with several box-office hits, including Taken, The Lego Movie, Batman Begins and The Chronicles of Narnia. Perhaps with the success of Operation Chromite, South Korea can expect more Hollywood collaborations. 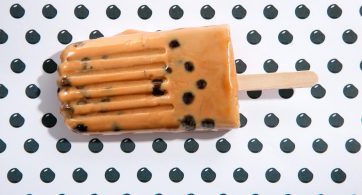 Asia is home to some of the most delicious and interesting desserts. We could just suggest a favorite Asian dessert place, but that’s certainly not as fun as […]