All Asians turn red when they drink.
False. It’s estimated that 36 percent of East Asians have the genetic variance that causes facial flushing, according to Dr. Philip Brooks and his colleagues. Other studies suggest this genetic variant in Southeast Asians as well, such as Vietnamese and Indonesians, and there is a considerably low occurrence of the ALDH2 deficiency in the Filipino population compared to Japanese, Chinese and Koreans.

Only Asians have the ALDH2 deficiency.
False. It is estimated that 8 percent of the general population has this genetic condition. It has also been observed in South American, North American and Mexican Indian populations, but the deficiency, according to many published works, occurs “rarely” or is “virtually never seen” in Caucasians or Africans. “For the most part, we don’t think that the flushing you see in Caucasian people is the same ALDH2 deficiency that you see in the East Asian population,” says Brooks.

[wp_ad_camp_1]
If you are Asian and get flushed after drinking alcohol, you definitely have the deficiency.
False. While it’s a pretty solid biomarker for the genetic condition among East Asians, Brooks says the only way to know for certain that you have the deficiency is to have genotyping done. In the Japanese study by Dr. Yokoyama, participants were given a questionnaire that was designed to be almost 99 percent accurate in identifying people with the ALDH2 deficiency, and an ethanol patch test was also suggested as fairly accurate.

There are certain types of alcohol that don’t cause facial flushing.
False. Some Asians have speculated that rice-based liquor does not cause flushing. “I found I don’t get red if I drink sake or Korean drinks like soju or makgeolli,” says Jeannie. “Engineered for Asian people!” And Faith believes that a little lemon or lime with liquor goes a long way for her: “Tequila is my drink of choice because it always settles best with my body. I think part of the reason tequila settles better with me is because I usually chase shots with a slice of lime or lemon, and something about the acidity in them helps the al- cohol digest better or something.” She adds, “I know for a fact that when lemons or limes are involved, I have way less of a chance of getting the Asian glow or any of the side symptoms.” But Brooks says there is no basis – and he’s not aware of any data – for ALDH2-deficient people to assume that different kinds of alcohol won’t cause facial flushing, and if it does, on occasion, that that in any way decreases one’s risk for esophageal cancer.

This story was originally published in out Summer 2014 issue. WANT TO LEARN MORE? Be on the lookout for our feature story coming soon! You can also purchase the issue TODAY. 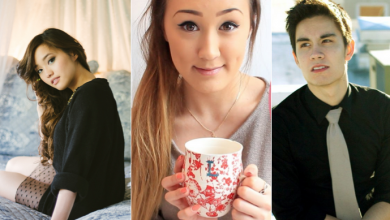