For Lilan Bowden, being a part of Disney’s “Andi Mack” feels like she hit the jackpot.

“I was living a really fruitful life and knew as long as I was consistently acting and creating, I was going to be fine,” Bowden, who plays Bex Mack on the show, said. “And then this happened and it’s just more exciting than I could’ve imagined.”

Bowden, who was born and raised in Castro Valley, California, to a Taiwanese mother and American father, graduated from UC Irvine’s drama department and has her roots in comedy, doing regular performances at the Upright Citizens Brigade (UCB) comedy theater in Los Angeles and writing sketch comedy for Funny Or Die.

In 2017, “Andi Mack” ranked No. 1 among TV series for girls aged 6-11, 9-14 and 6-14. Since its debut last year, it’s featured the network’s first Asian American family; introduced the network’s first LGBTQ storyline; and through Bowden’s Bex, cast a light on a young mom trying to figure out motherhood and unplanned pregnancy.

How do you feel being a part of Disney and a show that centers around an Asian American family?

How do you feel you relate to Bex, and what do you bring to her character?

When I got the sides for Bex, it felt super natural to say them. There’s some auditions you get the audition material and go, “Okay, I’m gonna have to really work on this to try to understand this character.” There was none of that for Bex.

I get her jokes, I get what she’s trying to do here, I get her whole deal. She’s a little sarcastic, she’s a little self-deprecating, and she celebrates her imperfectness. At the same time, it’s cool to be able to live this fantasy — I don’t really know how to ride a motorcycle — but I get to play this tough kid who’s been out by herself. Who knows what she’s seen or what she’s done, but she’s seriously independent and I love that confidence and carefreeness that comes with it.

How is it working with your co-stars Peyton Elizabeth Lee and Lauren Tom?

What’s really exciting is that there’s three generations of female Asian actors, so we get to compare experiences and talk about what it’s been like for the three of us. Gauging from the conversations that the three of us have had, it seems like things are getting better. I feel I don’t have the same type of challenges that Lauren had, and hopefully Peyton will be able to not go through the same type of challenges that I felt like I had when I first started out in Hollywood acting and being pigeon-holed in certain things.

What message do you hope people gain from watching Bex?

What’s great about Bex is that I feel like a lot of moms around the world have this relief because they get to see a character that is well-meaning and plays the role of mom on TV, but she’s learning how to be one. I think that really speaks to moms who feel like there’s this expectation from society or their kids that they have to be perfect and they have to not make any mistakes while they’re parenting. You see Bex and she’s throwing herself at the wall sometimes! She’s really learning and you get to live through her unique challenges of owning the role of mom.

What were some of the things you experienced as an actress going out for roles in Hollywood?

I feel like my look and what I could bring set me at a really nice spot to play, broadly speaking, “ethnic best friend.” A lot of the roles I went out for that I was booking were comedic or some ethnicity because I think that was a model that Hollywood was using a lot to cast TV shows — where you’d have a lead that would most often times be Caucasian, and then you want to have some diversity so you bring in people who are specifically diverse. I feel like that was definitely a wheelhouse that I was a big part of.

[Sometimes] I was not Asian-looking enough for the Asian role … “Andi Mack” allows me to be exactly what I am, a biracial Asian American. Usually they’re pushing me in one direction or another because you just don’t see a lot of biracial families on TV.

What do you think is one of the most valuable things you’ve learned in this industry?

One of the most important things I’ve learned pursuing this career is, at the end of the day, it’s persistence, not talent. I feel like that’s true from what I’ve seen, from where I was when I started and who I was around and the people who I felt were going to be successful versus the people that actually did. Talent is important — you know you can’t suck — but for the people that I thought were just wildly talented, if they weren’t able to pick themselves back up and get back in the game again and again and again, they would have a much harder time of locking in anything career-wise, versus the people who maybe didn’t show that initial promise right out the gate.

I feel like that’s true for me too. I feel like I had a small amount of talent and a big passion and drive and I wasn’t interested in spending my time doing anything else. I feel very lucky that it’s paid off in some ways.

The show is currently airing its second season. Watch the teaser below: 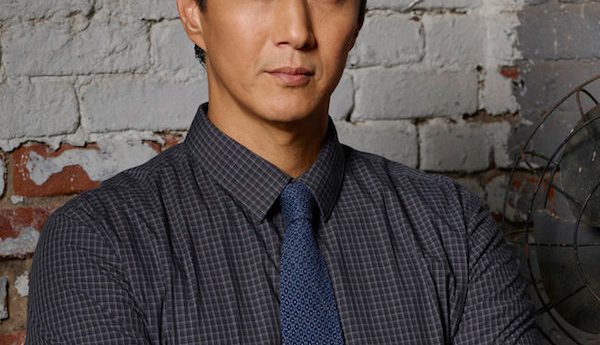 Will Yun Lee is joining the our favorite medical team at San Jose St. Bonaventure Hospital in ABC’s “The Good Doctor.” The Korean American actor, who currently plays Taka […]