Pictured above: Dr. Luke Kim stands by a garden. This photo was taken in November 2002. (Photo by Eric Sueyoshi)

Dr. Luke Ik Chang Kim, who devoted much of his life to helping the disenfranchised and voiceless in society through his work as a psychiatrist and community activist, passed away on July 12 in Seal Beach, California. He was 85.

His family did not state the cause of death in a released obituary.

This past March, Kim, who bravely battled Parkinson’s disease for several years, appeared in his wheelchair at a Day of Remembrance gathering in Los Angeles to memorialize the passing of Chol Soo Lee, a wrongfully convicted Korean American death row inmate, whose acquittal and freedom Kim and his wife Grace worked hard to achieve in the 1980s. Kim, appearing fragile but still managing a gentle smile, sat quietly in the audience, as Grace addressed the crowd with her characteristic enthusiasm for social justice issues.

Indeed, it is difficult to talk about Luke Kim without mentioning Grace Kim—the seemingly perfectly matched duo stood out as quite the unusual first-generation Korean American pair, with their participation in civil rights protests dating back to the 1970s to their advocacy for such progressive causes as the defense of Chol Soo Lee in the 1980s to, later, speaking out for LGBT rights.

Their longtime friend, veteran journalist K.W. Lee, told KoreAm back in 2002 that he met the couple while reporting on diversity issues for the Sacramento Union in the early 1970s. “I started covering civil rights demonstrations, and I kept running into these guys,” he said. “They were so out of place. Usually when you attend those, there are only young activists.”

The Kims always said that their dedication to social justice sprung from great hardship they suffered during their early years in Korea.

Luke was born in Sinuiju, in what is now North Korea, on April 22, 1930, two decades into the 35-year Japanese occupation of the Korean peninsula. At age 14, he and hundreds of other youths were conscripted by the Japanese military into forced labor at a heavily guarded weapons factory in Pyongyang, an experience he described in his 2012 autobiography, Beyond the Battle Line: The Korean War and My Life.

“It was a prison life with forced labor,” he wrote.

Although liberation day for Korea came in August 1945 with Japan’s surrender at the end of World War II, Kim’s family was soon forced to flee south, as the North turned Communist. “After we made the successful escape to South Korea, we cried with joy, kneeled down for prayer and kissed the soil,” Luke told KoreAm in 2002. “We thanked God and vowed dedication to God’s work.”

But tragedy would strike again, when on Aug. 28, 1950, during North Korea’s invasion of Seoul, authorities from the North kidnapped his mother, likely because of her leadership in the Presbyterian Church. At the time, the Communists were known to target and persecute Christians. That was the last time Luke saw his mother, and multiple attempts since then to learn of her whereabouts were unsuccessful.

Luke told KoreAm that he saw education as a weapon against this kind of terrorism. He would go on to earn his medical degree from Seoul National University in 1956, and then, at the request of his mentor, came to the United States to obtain his Ph.D. in clinical psychology from the University of Arizona. The original goal was to take this knowledge from America back to Korea and help set up a psychology department at Seoul National, but the professor who was to spearhead this effort died. So Luke remained in the U.S. and in 1962, married his longtime friend from college, Grace Kim, then a teacher and principal in Seoul. The pair eventually settled down in Davis, Calif., raising their two sons there.

For three decades, Luke served as chief psychiatrist and chief of Research and Staff Development at the California Department of Corrections’ California Medical Facility in Vacaville. During that period, some of his high-profile patients included inmates Charles Manson, Sirhan Sirhan, Juan Corona and Timothy Leary.

Between 1973 and 2005, Luke also worked as a clinical professor of psychiatry at the University of California Davis School of Medicine, and it was there where he made cultural psychiatry—or, taking into account a patient’s cultural background and values when diagnosing and treating psychiatric conditions—a key focus of his work and advocacy within the field. He would initiate and teach seminars for psychiatry residents about the relationship between mental health, culture and ethnicity.

“Culture makes such a big difference in mental health and illness,” he told UC Davis’ Psychiatry Magazine in 2008. “I find that when evaluating depression in the Korean elderly, results are more fruitful if one uses traditional folk concepts (like han) than asking directly if they feel sad or depressed. If a health worker were to explain that such [cultural] concepts are taught during medical training because the United States is a multicultural society, I am certain that Korean patients would respond more favorably.”

Luke Kim standing with nurses and interns at St. Mary’s Hospital in Tucson, 1956.
(Photo courtesy of the Kim family)

Longtime readers of KoreAm may recognize Luke Kim’s name from the pages of the magazine: he was a contributor to the Lonesome Journey oral history series on Korean America’s earliest immigrants. He was also quoted from time to time as an expert source on Korean cultural ethos, discussing such concepts as face-saving (chaemyun), and was the subject of a few KoreAm stories, including a 2002 double-profile on him and his wife, as well as a 2008 Valentine’s Day feature that paid tribute to this social justice-minded pair.

In the Valentine’s Day piece, Luke acknowledged the couple always knew they would share a “different” kind of marriage from many others’. “We would be able to work and give to society,” he said. Grace, noting the deep camaraderie the two had, credited her husband for being her most ardent supporter. “He’s very positive and always gives me courage so that I don’t give up,” she said.

The couple’s older son, David, has told KoreAm in the past that he remembers, as a child, his parents hosting meetings in their family’s living room for the activists helping Chol Soo Lee. The Kims even mortgaged their own house to help pay for Lee’s criminal defense fees.

Those weren’t the only causes the pair embraced, according to K.W. Lee.

“Their living room was the 24-7 mecca for all sorts of Asian community activists on so many community service fronts,” said Lee.

Speaking by phone from his home in Rancho Cordova, Lee praised Luke for “walking the walk” for the cause of “building a better life for the unseen, the unheard and the unrepresented from the four corners of the world.” He recalled Luke’s “gentle, almost meek manners” that hid a “steely spine,” which would explain how this man of character emerged despite terrible personal tragedies in his own life.

In addition to his contributions to the field of psychiatry and social justice causes, Luke leaves behind a legacy of philanthropy. In 2006, he and Grace donated $250,000 to establish an endowed professorship in cultural psychiatry at the UC Davis School of Medicine.

“Dr. Luke Kim was truly a giant,” said Richard Kim (no relation), associate professor and chair of Asian American Studies at UC Davis, who first met the late physician in 2001.

“His accomplishments and contributions as a psychiatrist, community activist, philanthropist, husband and father were gargantuan,” added Kim, who is working on a book project about the social movement to free Chol Soo Lee. “Despite the enormity of his many accomplishments, he was always so humble, generous, patient and humorous. I have been so honored and blessed to have known Dr. Kim.”

The family asks that, in lieu of flowers, contributions in his honor be made to: The Luke and Grace Kim Endowed Professorship in Cultural Psychiatry, Department of Psychiatry and Behavioral Science, UC Davis Health System, 2230 Stockton Blvd., Sacramento CA 95817.

A memorial service open to friends and community members will be held at 2 p.m. on Saturday, July 18, at Davis Community Church, 412 C St. Reception to follow. 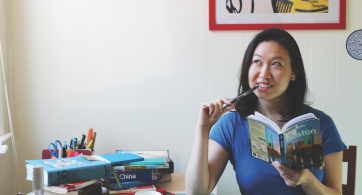