Yes, Elon Musk just decided to buy Twitter for 44 billion dollars, but let’s not forget his ventures outside of random social media purchases—for one, the notorious SpaceX.

Directed by Jimmy Chin and Chai Vasarhelyi—creators of the Oscar-winning documentary “Free Solo”— “Return to Space” tells the story of Musk’s space travel corporation, SpaceX, and the journey to send American astronauts back into the stratosphere on U.S.-made ships after NASA all but shut down its space travel initiatives. Shortly before the film’s April 7 premiere, Character Media had the opportunity to sit down virtually with Chin and Vasarhelyi. The two filmmakers discussed their interests in the recent innovations space travel has undergone. “Let’s accept that our relationship to space has changed, is evolving, and this is a moment that is the beginning of something,” Vasarhelyi said.

The pair also shared their insights on the controversial nature of their documentary subject, Musk. “Elon is controversial,” Vasarhelyi said. “That’s kind of the point, right? He is a complicated person and we entered this film understanding that the stakes are incredibly high, but [space travel] is actually happening now.”

Chin also shared his own thoughts on how they portrayed Musk’s larger-than-life personality, by focusing on his feat of revolutionizing space exploration. “We’re documentary filmmakers, so we’re just trying to tell the story as it is,” Chin said. “It is about showing the stories and characters, warts and all, but also to highlight and showcase what they bring to space travel.”

To learn more about Chin and Vasarhelyi’s filming and storyboarding process, check out the full interview above, and remember to stream “Return to Space” on Netflix! 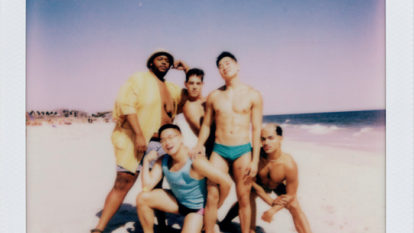 The romantic comedy stars Joel Kim Booster and Bowen Yang, and will premiere on June 3 of this year.