Directed by Andrew Ahn (“Driveways”) and inspired by the classic Jane Austen novel “Pride and Prejudice,” the romantic comedy follows a group of gay men on an annual summer pilgrimage to New York’s Fire Island. The trailer sees Booster and Yang’s characters, along with the rest of their “makeshift little family,” navigating love and lust over the course of one wild week in the Pines. Margaret Cho (“All-American Girl”), Conrad Ricamora (How to Get Away With Murder”) and James Scully (“Straight Up”) also star.

The film will premiere on Hulu on June 3. Until then, watch the trailer below for a sneak peek! 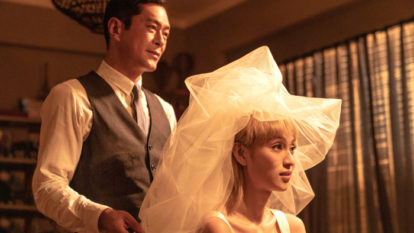 The San Diego Asian Film Festival returns to theaters this year with some stellar API-led films you won’t want to miss.