“Broker” premiered at the 2022 Cannes Film Festival, where it was nominated for the Palme d’Or, and was released in select United States theaters on Dec. 26, 2022. The film follows Sang-hyeon (Song Kang-ho) and Dong-soo (Dong-won Gang), who find prospective families for infants left at their local baby box. Common in South Korea, where the film is set, baby boxes provide a safe space for mothers to leave unwanted babies. Working on the black market, Sang-hyeon and Dong-soo join a young mother, So-young (Ji-eun Lee), on a quest to find a suitable family for her son after So-young leaves him at the baby box. Meanwhile, police detectives Soo-jin (Bae Doona) and Lee (Lee Joo-young) are hot on the group’s trail.

Known for his work on the 2018 Cannes hit “Shoplifters,” Kore-Eda often crafts narratives around found families. According to the filmmaker, childhood forms a central focus in his works. “There has been a recurring theme of characters who have been ripped of their childhood, children who couldn’t be children in their childhood,” Kore-Eda said in a December interview with Character Media. “I must be feeling some kind of sympathy, or there must be something that is resonating with me, but I haven’t really done self-analysis on that.”

However, he wants “Broker” audiences to conduct some self-analysis of their own. “I’m hoping one perception [will] be given to the audience, but that’s not really so much my intention,” Kore-Eda said, describing Detective Soo-jin’s emotional arc throughout the film. “I wanted to bring that; I wanted the audience to go through that journey as well.”

For more, watch our full interview with Kore-Eda above! 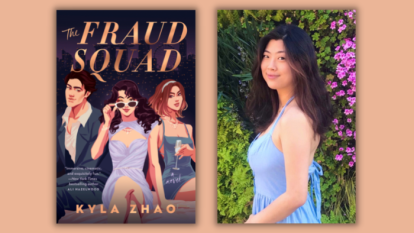