You might think you already know Claudia Kishi, especially if you grew up reading “The Baby-Sitters Club” book series. But actress Momona Tamada is bringing us a new side of the fan-favorite character.

Best known for playing a young Lara Jean Covey in Netflix’s “To All the Boys” movie series, Tamada is steadily making a name for herself in film and TV. Her breakthrough role as Kishi, the Baby-Sitters Club’s fun and fashionable vice president, has captured the hearts of viewers everywhere.

It might sound nerve-wracking to play a character who’s so beloved, particularly by the Asian American community, but Tamada didn’t really feel much anxiety about the role—that is, until the 2020 summer release of the mini documentary “The Claudia Kishi Club.” The short features interviews with API creatives like author Sarah Kuhn and Angry Asian Man blogger Phil Yu, all of whom have their own personal connections to Claudia Kishi.

“I was a little bit naive to how iconic this character was, but definitely took this role very seriously,” Tamada said. “As much as there was a little bit of anxiety behind that, everything went well in the end. I’m happy with how I was able to portray Claudia, and I’m glad that it’s had a positive impact on people as well.”

With the long-awaited premiere of the show’s second season, Tamada is excited for fans to see what’s ahead for Kishi. “We see a lot more of her struggles with her family,” Tamada said. “She learns the perspectives of other people. As she says, she’s an individualist, so she learns how to manage working with new people that she may not be familiar with.”

Watch our full interview with Tamada for more, then head to Netflix to catch her in the second season of “The Baby-Sitters Club!” 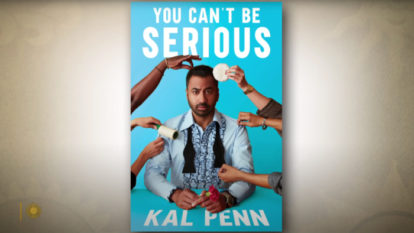 The book discusses Penn’s work in the White House and his life as the son of first-generation immigrants to America.