Matthew Todd Miller, one of the three American detainees currently held in North Korea, was sentenced to six years of hard labor for committing “hostile acts” against the isolated state, as reported by The New York Times.

Miller, 24, was arrested in April for allegedly tearing up his tourist visa and demanding asylum upon arrival, according to the official Korean Central News Agency (KCNA) at the time. KCNA recently released photos of Miller in the defendant’s seat with eyes downcast and looking pale in his black turtleneck despite it being summer.

According to The Associated Press, which was allowed to attend the trial, Miller was accused of having a “wild ambition” of experiencing North Korean prison life and deliberately violated North Korean law in order to write a firsthand account about human rights conditions in the North.

The prosecution also accused him of falsely claiming to have confidential information about the U.S. military in South Korea on his iPad and iPod, AP reported.

Earlier this month, all three detainees were allowed a brief interview with CNN. Each of them urged Washington to send an envoy to secure their release.

One of the other two American detainees, Kenneth Bae, a Korean American missionary, is currently serving a 15-year sentence of hard labor for allegedly being a part of a Christian plot to overthrow the North Korean regime. He stated in his interview with CNN that he has been spending his time moving between the labor camp and a hospital due to his failing health.

Meanwhile, the other detainee, Jeffrey Fowles, is awaiting trial on charges of leaving a Bible behind during his tourist trip.

The NY Times reported that the Supreme Court in North Korea said Miller waived his right to legal counsel and that he would not be permitted any appeals. 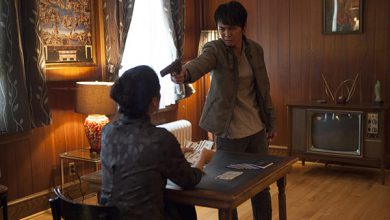 Sonny looked around the poolroom at the Green Dragons and sized them up: they had fancy clothes, and money, and beepers, and did not go to school. They had […]