Colonel Young Oak Kim’s story of heroism in the face of war is well-known among older Korean Americans, and some Japanese Americans as well. But after Edward Chang, the director of the Young Oak Kim Center for Korean American Studies at the University of California, Riverside, brought Kim’s exploits to the attention of a Korean American organization, even more people might learn of this distinguished gentleman.

Kim just may become the first Korean American to receive the Presidential Medal of Freedom. A posthumous nomination for one of the country’s highest honors was made public in May by a group of 26 U.S. House lawmakers and two senators, led by Rep. Judy Chu, inside the Rayburn House building at Capitol Hill.

Kim, a notoriously humble man despite his staggering success during service, kept his nine military hearts, merits and stars — as well as the highest military honors from Italy, France and South Korea, each — inside a dusty cardboard box before his passing in 2005. His legacy was detailed in a biography, “Unsung Hero,” by award-winning South Korean journalist Woo Sung-han. This was the book Chang later translated to English, and then shared with the Council of Korean Americans (CKA), a national group of community leaders.

Born in 1919 and raised in the Bunker Hill neighborhood of Los Angeles, Kim was the son of early immigrant grocers who were independence activists, members of Syngman Rhee’s Korean liberation movement. Kim’s service during World War II and the Korean War spanned fighting at the frontlines of the most dangerous areas of Europe with the 100th Infantry Battalion and the 442nd Regimental Combat team, which were composed primarily of Japanese Americans, to leading an unparalleled effort in which his unit adopted a Seoul orphanage, saving 500 war orphans in the process.

After the Korean War, he would go on to head and help found a handful of Asian American organizations in Southern California, including the Japanese American National Museum and the Korean American Coalition. In addition to the center at UC Riverside, a Los Angeles middle school, the Young Oak Kim Academy, is named after him.

Once CKA learned of Kim, it went to the Congressional Asian Pacific American Caucus, headed by Chu, asking for help with the medal nomination. A longstanding effort to get Kim a Congressional Medal of Honor never materialized. But the CKA, which is heading the campaign, felt the Medal of Freedom would be more fitting to Kim’s achievements.

There is no formal nomination process — the president typically chooses medal recipients using his own discretion. “It comes down to what moves the president, and for him to see that people really and truly care about this particular nomination, and that it would have great significance for this country,” Chu told Kore.

The lawmakers’ appeal letter to President Obama describes Kim as a “humble humanitarian and civic leader who worked to transcend ethnic and racial barriers, uplift communities in need, and build foundations on which future generations could thrive. … Numerous commendations attest to Kim’s valor and bravery in military action, but no honor yet encompasses the far-reaching scope of Kim’s [life efforts].”

On June 20, 33 Congress members signed a letter written to Obama urging Kim’s nomination for the medal, reading: “Not only did he break through enemy lines, he broke barriers for Asian Americans during a time of intense anti-Asian sentiment. As the first person of color to command an army battalion, Colonel Kim demonstrated that our bravery and our patriotism are not defined by the color of our skin. … We salute Colonel Young Oak Kim for his many contributions to our country and encourage you to recognize this unsure hero whose legacy deserves to be cemented in our nation’s history.”

Sam Yoon, CKA executive director, said he and other organization members have now come together to spread Kim’s life story to a wider audience. The medal nomination is only the beginning; CKA plans to hold events and operate a campaign to celebrate Kim’s accomplishments through Jan. 29, 2019, the colonel’s 100th birthday. “We don’t have icons in [the Korean American] community that can really stand for our values and history like Kim. So we said, ‘Let’s do this,’” Yoon said.

Chu, who met the colonel while he was still alive, told a well-known story of Kim: when asked whether he had issues being assigned to the 100th/422nd unit, as the only Korean American soldier among Japanese Americans, Kim reportedly responded, “There is no Japanese, no Koreans here. We are all Americans, and we are all fighting for the same cause.”

“We’re so proud to be Korean American, but [a medal] would say to mainstream society: here’s a man who put his American identity first,” Yoon said. “He fought with an all-Japanese American army unit. When it came to standing up for America, he put aside his being Korean and said, ‘We’re all American soldiers.’ This is something that still applies to all of us. How do we transcend those boundaries that divide us?”

Kim, an advocate for low-income families, veterans and women and children in need, made frequent appearances at Asian American community events even late into his years. “I was amazed at his energy level,” Chu said. “He was always pushing for something. He was constantly saying to me, ‘We need to do this, or that.’ It was always in his mind to improve the lot of the Asian American community.”

“His life was really about service, patriotism, love of country and love of community,” said Yoon. 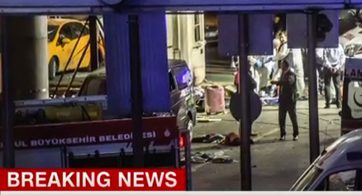