How do you summarize “Marvel’s Agents of S.H.I.E.L.D.” to someone who has never seen it? There’s no concise way. It’s an amalgamation of time and space-travel, neo-Nazi cabals, ethereal demons and a lifelike android who turns into a killer robot after being rejected by her crush. The show is science fiction dim sum. There’s a bit of something for every kind of sci-fi fan.

The Strategic Homeland Intervention Enforcement and Logistics Division, a mouthful of a title that’s shortened to S.H.I.E.L.D., is a pseudo-government agency responsible for much of the superhero grunt work in the Marvel films. Since its 2013 debut, the show has followed a team led by Phil Coulson (Clark Gregg), a popular senior agent who originally appeared in “The Avengers.” The series will be concluding next year, but “Marvel’s Agents of S.H.I.E.L.D.” is almost unrecognizable as the show that began as a spin-off of the superhero blockbuster. Although, Captain America and Thor don’t appear on the show, Marvel fans are treated to a talented stable of diverse actors who all play a part in making “S.H.I.E.L.D.” a unique experience in the saturated superhero genre.

The cast includes two high-profile Chinese American actresses, the ascending Chloe Bennet and the legendary Ming-Na Wen. Behind the scenes, showrunner Maurissa Tancharoen rounds out the triumvirate of Asian American women responsible for the show’s lasting run. They call themselves “the Asians of S.H.I.E.L.D.”

“We just finished our table read for the 135th episode—and that’s crazy,” says Tancharoen. ”When we reached our 100th [episode], we were like ‘I don’t know how many more of these we can do, we’re probably going to run out of stories!’” As “S.H.I.E.L.D.” finishes its penultimate season, the show still feels like it’s mid-sentence. It’s filled with irreverent, inside jokes that may seem impenetrable to new viewers without a long, late-night series binge-watch, while its plot works like supervillain whack-a-mole: after one world-ending threat is dealt with, another waltzes in.

“It’s run by an Asian American woman, but it’s also led by two of them,” explains Bennet, who plays the series’ main character, Daisy Johnson. “All of it is really organic and authentic. The characters weren’t written as Asian, but it didn’t stop them from casting Asians.”

Both Bennet and Wen recall the diverse waiting room during the show’s auditions. Funnily enough, the script originally featured a tough-as-nails veteran agent named Althea Rice. “When I got the part, Maurissa was the one that recognized [that] you can’t call her ‘Agent Rice,’” says Wen, laughing. “For obvious reasons.” The character was later renamed Agent Melinda May, and has since become one of the most beloved agents on the show.

Out of the 121 episodes aired, only a handful don’t feature May dishing out a good beatdown. “People could interpret Agent May of being somewhat of a stoic ‘dragon lady,’ but at the same time, she doesn’t need to be making strong demands, she’s just very confident,” says Wen. “I think that’s a very great representation of what a woman can be.”

As Agent May punches and kicks her way through the show, there are some monsters she can’t defeat in hand-to-hand combat. Between the trauma of killing a superhuman child and losing her husband twice, first to divorce and then to death, May is saddled with deep cuts from her time as an agent. “She’s got such a maternal side to her, even though she acts like she doesn’t care or have any emotions,” explains Wen. “In reality, she cares too much. That’s her way of protecting herself.”

Tancharoen’s story is bittersweet. A modern day Renaissance woman, she’s made waves as an actress, dancer, singer, producer and writer, and does it all while grappling with lupus, a chronic autoimmune disease. The Thai American is a real world version of the superheroes she’s brought to life on-screen as a showrunner of “S.H.I.E.L.D.”

“I am so grateful for when someone is willing to listen and understand what lupus is and how it affects a good portion of a community, specifically women of color,” says Tancharoen. This past year, with the help of the “S.H.I.E.L.D.” cast, she’s been able to raise nearly $60 thousand for the Lupus Foundation of America.

In many ways, Tancharoen is “Agents of S.H.I.E.L.D.” As the show’s creators, she and her husband Jed Whedon (“Avengers” director Joss Whedon’s brother) have crafted tight-knit bonds among the “S.H.I.E.L.D.” cast. “Attitude reflects leadership,” says Bennet. “It’s trickled down, a lot of shows in their seventh year don’t have as much love for each other as we do.”

In the writer’s room, Tancharoen has contributed some of the series’ most important episodes, including the pilot and “The Ghost,” which introduced the iconic character, Ghost Rider (Gabriel Luna), to the Marvel Cinematic Universe. She even recently appeared on the show in a cameo as Sequoia, an Insta-famous Asian Baby Girl that seems to have sprung right off of Facebook’s Subtle Asian Traits page.

When she spoke to “Character” back in 2015, Tancharoen was elated to be expecting. Now, she recounts the milestones that her daughter, Benny, experienced while being a member of the “S.H.I.E.L.D.” family. “She’s been coming [to the set] since she was an infant,” recalls Tancharoen. “She took naps here, she was in a little carrier on me when she was about 6 months old, it’s just been really incredible.” Her voice trails off, as she pauses a moment to take it all in. “The further we go, we just start to reflect on every little detail of our experience here—and we’re very grateful.”

Much has been said about Bennet’s years as a teenage popstar in China and her decision to change her last name from Wang to Bennet, but there’s more to the Chicago-born actress than meets the eye. Amid the current fanfare of Simu Liu’s anointment as Shang-Chi, it was actually Bennet who landed a role as the first Asian superhero in the MCU. And unlike the “Master of Kung Fu,” Bennet’s character wasn’t Asian in the original source material. “What I loved from the beginning, even before I was a part of the show, was that the casting room was one of the first times I was surrounded by [that] much diversity,” Bennet says. “You could tell they were just looking for the right person.” And it seems like they found her. In the show’s most recent seasons, Bennet’s character is the primary protagonist.

In the series, she brings the muscle as Quake, a superheroine with earth-shaking powers. Like her real world counterpart, the character grew into her potential after a name-change. When the show started, she was known as Skye, a homeless hacker recruited to S.H.I.E.L.D. by Coulson as an act of charity. It was later revealed that she was actually Daisy “Quake” Johnson, the protagonist of the comic book series “Secret Warriors.” The hero is one of the most powerful beings in the world of Marvel—and now she’s played by an Asian American actress. “It means everything,” Bennet says.

Off-camera, Bennet goes from agent of S.H.I.E.L.D. to agent for change. In passionate Instagram posts, she has lambasted Bella Hadid for her “slanted eye” gestures, commended Ed Skrein for relinquishing his white-washed “Hellboy” role and extended a big middle finger to Steve Harvey for his infamous anti-Asian joke. “I get questioned a lot on whether my Asian heritage is real and whether it’s had an effect on me,” explains Bennet. “There’s no denying that I’m hapa, and half of me is indeed white. But I was raised very culturally Chinese, and a big part of my identity comes [from] an Asian American perspective.”

While “S.H.I.E.L.D.” concludes next year, Bennet is just getting started. In September, she makes her big screen debut in the animated Dreamworks’ flick “Abominable.” Bennet plays Yi, a 15 year old who sets out on a journey to help her friend, a Yeti named Everest, return home from Shanghai. But will the film be a tearjerker? “I did cry, but I’m a little biased,” says Bennet, laughing. “If you love dogs [and] animals, you should definitely see the movie.”

“Abominable” will also be making history. There hasn’t been a Asian American-led children’s film in 21 years. That’s a gap old enough to legally drink. The last Asian American to star in a family-friendly feature? Ming-Na Wen, in the 1998 classic, “Mulan.”

It’s a role that Wen has become synonymous with. She’s voiced the legendary Chinese warmaiden for three decades and as recently as last year in “Wreck-It Ralph 2.” But now, she’s passing the torch to Chinese actress Liu Yifei in the “Mulan” live-action reboot, set to premiere in 2020. While Wen is thrilled about the new flick, some netizens are having trouble moving on. The OG Mulan hopes they will come around. “It’s really important to support it and keep an open mind about it,” says Wen. “Of course I love the fans writing things like ‘You’re the only Mulan,’ but there is so much room to retell the story and reintroduce it to a new generation. I know I’m excited about it.”

Wen would also like to see Agent May grace the silver screen. Specifically, she’d love to join fellow “Asian American” icon Scarlett Johansson on the upcoming Marvel flick “Black Widow.” The film is rumored to be set during Black Widow’s early S.H.I.E.L.D. days, a period when a young Melinda May would also have been cutting her teeth as an agent. Recently, Wen even tweeted Marvel about her interest.

“There aren’t that many Asians represented in the Marvel Cinematic Universe,” Wen says. “It would be really cool if they broke that barrier and allowed Agent May to participate in some of that. I know I would love it.”

“Agents of S.H.I.E.L.D.” will shoot for the last time this week. For the cast, this means saying goodbye after seven years of filming. Fans will have to wait a little longer for a proper farewell—the seventh and last season of “S.H.I.E.L.D.” comes out in 2020. But in the comic book world, with the exception of Spider-Man’s Uncle Ben, death is rarely permanent. Maurissa Tancharoen believes “S.H.I.E.L.D.” will live on through its fans.

“The fact that they see Chloe, the fact that they see Ming, Natalia [Cordova-Buckley], Henry [Simmons], our very diverse cast—if our show in any small way can affect the narrative for a young kid growing up in a small town where it’s rare to see other people of color like themselves, I just feel like then we’ve done our job,” says Tacharoen. “If the show ends tomorrow, we can all walk away feeling good that we’ve made an impact on someone’s life.” 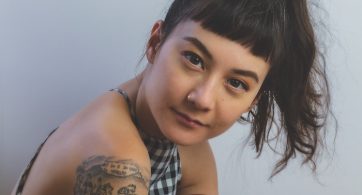 I’ve witnessed a legend in the making exactly once. It was the day before my junior-year finals, the last gasp of a spring fling-esque weekend in 2010. I left […]