While many of us can claim to be huge fan of the popular NBC television series Friends, it takes something special to be called the world’s biggest Friends fan. This is where Gunther from Beijing, China takes the cake.

“For me, Friends is my life.” says Gunther, who is actually named Du Xin. True to his word, Gunther seems to have dedicated much of his life towards the award-winning show from his apartment to his job.

Gunther was recently featured on Obsession where he explains how it all began with a heartbreak. His first love had just left him so one of his mates insisted that he watch Friends. Thankfully, this seemed to do the trick and Gunther believes the show is what helped him through rough times.

“It changed my life,” Gunther admits. “And I will try my best to persuade more people to watch Friends just like persuading a lot of people to believe in some kind of religion.”

Sounds extreme? Well that’s nothing compared to how he shows his love for the series. For starters, his apartment is an impressive replica of Joey and Chandler’s apartment. Showing great attention to detail, the apartment has everything from the lazyboys, the foosball table and even the drawing pad that hangs on the doorway.

Although his wife, Rachel, calls him a geek, she doesn’t seem to mind his obsession too much. After all, their son’s English name is Joey and he’s already nailed Joey’s catchphrase, “How you doin’?”

But it seems coming home to Friends simply wasn’t enough. After quitting a job he was unsatisfied with, Gunther went on to build his very own Central Perk coffee shop in Beijing, China. Gunther once again shows incredible attention to detail from the furniture to the decor. In fact, the shop is even home to Smelly Cat.

For Gunther, falling in love with the show and the characters just made sense. “These six people spent ten years to teach you how to love.” he remarks. It’s no surprise that Gunther is completely happy living in his very own version of Friends. 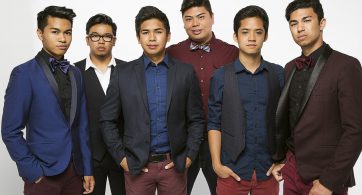