Yet another spooky and enchanting title to check out this month, “The School for Good and Evil” dropped earlier today on Netflix!

Adapted from the YA fantasy book series of the same name, “The School for Good and Evil” features Malaysian actress Michelle Yeoh (“Everything Everywhere All at Once”) as Professor Emma Anemone, who teaches Beautification at the School for Good. In the series, Yeoh’s character does everything she can to empower the young women in her classes to be independent girl bosses, regardless if they have a prince or not. Sofia Wylie, of Korean and African American descent (“High School Musical: The Musical: The Series”) plays Agatha, judged as an oddity in her village.

The film follows two best friends named Sophie (Sophia A. Caruso) and Agatha (Wylie) who are kidnapped from their village and taken to the School for Good and Evil, where children are trained to fulfill their destinies as either heroes or villains. Sophie is a beautiful girl set on becoming a princess one day, while her socially-outcasted friend Agatha is deemed a witch. But in an unexpected reversal of fortunes, Agatha is taken to the School for Good while Sophie is taken to the School for Evil. From there, the two friends find themselves on opposite sides of a fairy tale, a fateful division that will put their friendship to the ultimate test.

If you happen to be a fan of the Harry Potter franchise, there’s a good chance you’ll enjoy this universe too! From the mind of Soman Chainani, the New York Times bestselling “School for Good and Evil” series is an epic journey into a magical new world, where the only way out of a fairy tale is to live through one.

Watch the trailer here, and don’t forget to stream “The School for Good and Evil” on Netflix! 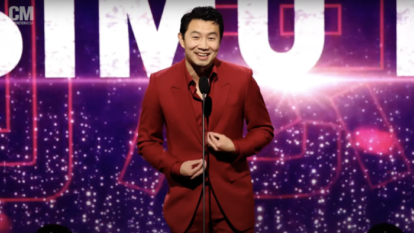