Mindy Kaling will bring two new comedies to NBC with the team behind “The Mindy Project.”

The first, an untitled series from Lang Fisher, who was co-executive producer, writer and director on “The Mindy Project,” will be about a small U.S. embassy in the Caribbean that is suddenly thrown under turmoil when an oil man becomes its new ambassador. Kaling will executive produce alongside Fisher, who will write the project, Variety reported.

“Venice Beach Venture,” the second project, is created by Matt Warburton, a co-showrunner and executive producer of “The Mindy Project.” Following a young engineer exasperated by work and her arrogant billionaire boss, it’s described as “a workplace romantic comedy set in the Southern California tech scene.”

Both projects will be produced by Universal Television in association with 3 Arts Entertainment and Kaling International.

As Kaling and Kaling International are set under a deal at Universal Television, we can look forward to more Mindy. “The Mindy Project,” which aired its first three seasons on Fox, is now in its sixth and final season on Hulu. Kaling will also co-create, executive produce and appear on the upcoming NBC comedy “Champions.” 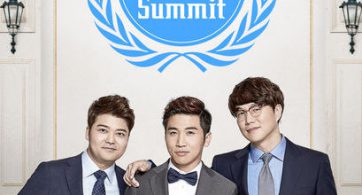 Variety programs may have run their course on American television, but the genre is still in its renaissance on Korean TV. Check out these five variety programs that are […]