The coveted title of Miss Korea 2012 was awarded to Kim Yu-mi yesterday at the annual beauty pageant held at Kyung Hee University in Seoul.

The 22-year-old film studies major at Konkuk University was all smiles in her golden gown as she was given the crown by last year’s winner Lee Seong Hye, the Korea Times reported.

And unlike last year, when Korean American Soo Jung “Crystal” Kim took second runner-up, no Korean Americans were among the six runners-up. New York, Los Angeles and a handful of other major American cities typically send representatives to compete in the Miss Korea pageant every year.

The new Miss Korea, who reportedly enjoys reading books and listening to music as well as playing the piano, will represent Korea at the Miss Universe pageant in 2013. 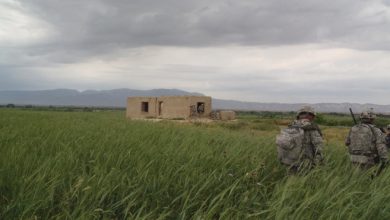 One of my platoons in Za Khel, Afghanistan, doing a dismounted patrol that was supposedly embedded with the enemy. Through A Soldier’s Lens A Korean American officer in the […]