Recently crowned Miss Korea 2012, Kim Yu-mi, openly admitted to having gone under the knife in order to achieve her pageant-winning good looks.

After high school photos of the now 21-year-old Kim surfaced on the internet, scandal ensued. The delicate beauty is only a shadow of her former self, the images of the much younger Kim little resembling who she is today.

“I was shocked that the papers made it out like I claimed to have been a natural beauty,” she told a tvN entertainment show on Wednesday. “I never once said that I was born beautiful.”

Kim said she never intended to hide she had plastic surgery, and although she understands there are some people who will be disappointed, she wants to look forward.

“From now on, I hope to make a name for myself for my inner beauty rather than my outer beauty,” said Kim, who is currently taking a yearlong break from studying film at Konkuk University. 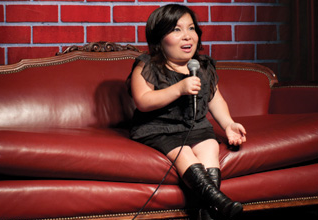 Standing Tall   The first thing many may notice about Diane Kawasaki and Samuel S. Kim is their dwarfism. But these two Korean American little people are making sure […]