Confession time: I had never seen “Avatar: The Last Airbender.” But a gopher at the Kenneth Hahn State Recreation Area in Los Angeles ratted me out. After seeing the burrowing creature bob its head in and out of its home, my boyfriend likened the rodent to Toph Beifong, the little earthbending girl with the attitude from the series. I didn’t understand the reference, and for a long time I didn’t get the hype about the show either, which ran on Nickelodeon for three seasons from 2005 to 2008.

Set in a fictional world where people can control, or “bend,” earth, air, fire and water, the series follows the story of a spirited boy monk named Aang who, as the Avatar, master of the four elements, is destined to end a centuries-long war and save the world. Succeeded by “The Legend of Korra” in 2012 and a series of graphic novels, “Avatar” made its name as one of the only cartoons featuring complex, diverse Asian characters who strove to forge their own destinies despite the weight of centuries of tradition. Looking back, it seems obvious how “Avatar” solidified its place in Asian American memory.

The same day I had to reveal this pop cultural gaffe to my boyfriend (we’re still dating), I bought the series on Blu-ray and caught up on everything I missed out on as a kid. I was enraptured by this mystical world of elemental benders, flying bison, royal family intrigue and millennia-old reincarnation cycles. I was especially charmed by Sokka, a non-bending member of the Water Tribe and self-proclaimed leader of Team Avatar. He impressed me in the first episode, when he stood ready to single-handedly defend his village against an entire ship of Fire Nation soldiers without a moment of hesitation. Real Medal of Honor-type stuff. His place in my heart was later usurped by Zuko, the brooding, exiled prince of the Fire Nation who hunts the Avatar before switching sides. I have a thing for bad boys with redemption arcs.

Creators Michael Dante DiMartino and Bryan Konietzko left no stone unturned in researching the story’s world, cultures and customs. The animators based each bending style on real Asian martial arts such as tai chi and northern Shaolin kung fu. Any signage in the show is written in traditional Chinese, intelligible to anyone familiar with the writing system. Plus, the concept of reincarnation is drawn directly from Buddhism and Hinduism.

Despite that, “Avatar,” at its core, is an American story: one of upsetting tradition, carving new paths and turning sticky situations into opportunities to innovate. Aang and his friends challenge the status quo throughout the course of the show, like when Katara challenges a waterbending master who refuses to teach the art to female students.

In 2009, when M. Night Shyamalan whitewashed the cast for his 2010 live-action film, he drew ire from the show’s diehard fans. But others thought it was hypocritical that no one seemed to mind the white actors who provided the voices, or the fact that “Avatar” originated from the minds of two white men—complicating ideas about cultural ownership and authenticity.

So, just how was DiMartino and Konietzko’s animated series able to escape the accusations of cultural appropriation that damned Shyamalan’s movie?

“If they redid the animated series today, it would be a very different discussion,” says Gene Luen Yang, author of the “Avatar” comic books. “As Asian Americans, there was just so little for us that any scrap that we could get seemed like such a revolutionary thing back then. Nowadays, we have come to expect more.”

Yang doesn’t buy into the idea that people can only write stories about people who look like themselves, but he still thinks it’s important to pay respect to the culture one chooses to represent. He believes DiMartino and Konietzko did their homework and turned “Avatar” into an example of proper, respectful cultural appreciation. Yang says that it was groundbreaking for a show centered on Asian characters to be as well-constructed and nuanced as “Avatar” was. “When it comes down to it, it was just a very well-written show,” Yang says. “ ‘Avatar: The Last Airbender’ was quintessentially Asian American in the way it blended Eastern and Western cultures. The same way that we as Asian Americans are a blend of East and West.”

We’ll see if DiMartino and Konietzko can re-create that magic with their new live-action adaptation coming to Netflix later this year (they’ve promised a non-whitewashed cast). Still, the original “Avatar” will be remembered as one of the first times Asian Americans got to see our culture well represented in American cartoons, so I can understand why people feel both appalled and saddened when they learn that I didn’t get to experience it as a child.

But the thing about shows like “Avatar” is that you don’t need to see it to understand its impact on a generation. The sheer force of the show’s nostalgic pull is so widespread that it reaches its target whether or not they’ve seen it. Or, like me, where it reaches you in the future. 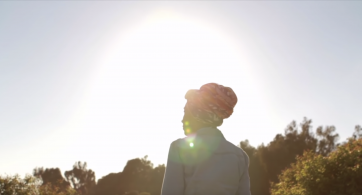 Every year, Ramadan takes place on the ninth month of the Islamic calendar, which usually falls during the month of May according to the Gregorian calendar. To show faith […]