Although Asian Americans have been making plenty of moves on screens, they’re busy making money moves behind the scenes, too.

Today, WarnerMedia  announced that Sofia Chang, along with Rich Warren will become the presidents of WarnerMedia Distribution and will oversee distribution for HBO, Cinemax, Turner (another WarnerMedia asset) and the forthcoming HBO Max streaming platform, which will launch next spring. Their new titles come as a result of AT&T’s acquisition of Time Warner. As presidents, Chang will focus on digital distribution and forging partnerships, while Warren will oversee business and legal affairs, as well as business development.

Chang joined the company in 2000, and has served as the VP of global digital distribution since 2015 and drove subscribers to HBO and Cinemax’s digital platforms. She previously worked as a brand advertising manager and managed accounts for beverage companies Evian and Snapple. Warren most recently held the title of president of Turner Content Distribution, overseeing multi-platform distribution.

“We will have two hugely experienced leaders who know our business inside out,” Gerhard Zeiler, the lead for WarnerMedia Sales & International, said in a press statement. “Over the last few months I have worked closely with both; Sofia’s experience and success in driving HBO’s digital subscriptions has been of great value, and Rich has brought his strategic skills to the table as we have sought this way forward. Working together, both will provide the strategy and direction needed to enable future growth.” 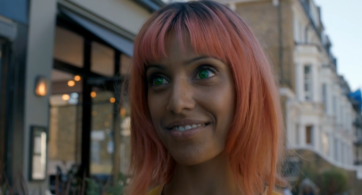 “The Umbrella Academy” is expanding its dysfunctional family of superheroes with some new additions to the cast. British actor Ritu Arya has signed on to be a series regular […]