“The Umbrella Academy” is expanding its dysfunctional family of superheroes with some new additions to the cast.

British actor Ritu Arya has signed on to be a series regular in the second season of the popular Netflix original. She will play the role of Lila, who is described as “a chameleon who can be as brilliant or as clinically insane as the situation requires” and possesses a “twisted sense of humor.” Arya is best known for her previous performances as Dr. Megan Sharma in “Doctors” and as Flash in “Humans.” Other notables joining the cast are Yusuf Gatewood as Raymond and Marin Ireland as Sissy.

“The Umbrella Academy” is a live-action adaptation of the Dark Horse Comics series of the same name, created by Gerard Way (of My Chemical Romance fame) and Gabriel Bá—who are set to executive produce the upcoming season. A release date for the second season has yet to be announced. 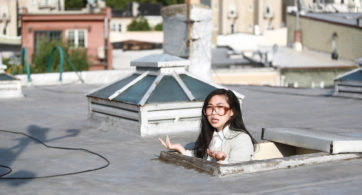 From the release of “The Farewell” to being cast with Simu Liu in the highly anticipated “Shang-Chi and the Legend of the Ten Rings,” 2019 has been yet another […]