We can all let out a collective cheer for one of the newest additions to the Lego family. Professor C. Bodin, according to her name tag, is Lego’s first female scientist. The best part? The model is simply labeled “Scientist” as opposed to “Female Scientist” or “Girl Scientist,” and does not pander to gender stereotypes by, say, making her pink.

This is certainly a step forward for Lego, which has been criticized for focusing too much on their male customers. The sex-ratio for the minifigure models is 4:1 in favor of males, and female minifigures tend to cater to gender stereotypes. (Their “Friends” minifigures are more shapely and have stereotypical “feminine colors and storylines.”)

Though Professor C. Bodin may be the first female scientist in the Lego universe, according to Scientific American, she is not the first female minifigure with a career in science, technology, engineering or math. Lego released a doctor (complete with pigtails) in the 1970s, as well as a female astronaut in the 1990s as a part of its Ice Planet 2002 series.

With Professor C. Bodin, Lego seems to be taking a small step in the right direction. In the meantime, we can look to others who are fighting to ensure equality in children’s toys. 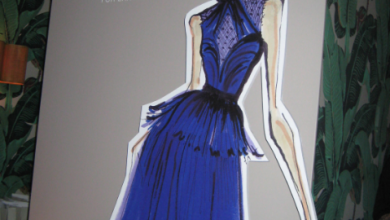 On a balmy summer evening at Indochine, the renowned New York City lounge nestled demurely between The Public Theatre and Astor Place Theatre, venues known for grandiose spectacles such […]