Complete with a YouTube channel, a comic series and blog posts, the website My Korean Husband, run by married couple Nichola and Hugh, documents the cultural differences and exploration of Korean and Australian culture. The site’s “About Us” page goes into further detail about the two:

“We are a married couple and we first met in Sydney, Australia. Nichola is an Australian woman and Hugh (Mr Gwon) is a Korean man. Nichola grew up in rural Australia, while Hugh grew up in rural South Korea. Growing up in very different cultures means there are many challenges to face, but there are also very many rewards.”

The blog originally started as a creative space for Nichola’s comics to explore a wide range of issues. In the comics, the couple is portrayed as a bickering, but affectionate couple who explore Korean culture together. The adorable comics focus on everything from lack of oven mitts to the difference between Korean and Australian food.

“We’re comparing and contrasting our lives as cartoonists, English teachers, fathers and husbands,” the couple told the Korea Herald in 2013. “We’re also going to bring in guest cartoonists with connections to Korea and Japan and maybe try to open a dialogue between a few Korean and Japanese cartoonists.”

Dating someone of a different culture may be difficult at times, but as this couple proves, it has a handful of rewards along the way. 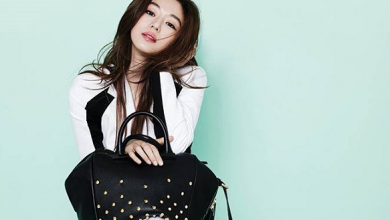 South Korea is one of the fastest growing and most lucrative markets worldwide for designer fashion and luxury items. They have a huge influence not only in China, […]