Pirates, mayhem, nostalgia and a little bit of adventure are all expected to blow audiences out of water in Netflix’s latest anime remake, a live-action “One Piece.”

For fans of “One Piece,” after twenty ongoing seasons and fourteen animated films, it feels like 2020 is the perfect time to re-announce a live-action production of our favorite pirates. The original animation, created by legendary manga artist Eiichiro Oda, has become one of the highest grossing media franchises of all time, and it’s only logical that Netflix get in on the action.

Fans of the anime are excited to see a collaboration between writer and producer of “Luke Cage” and “Agents of S.H.I.E.L.D” Matt Owens, and “Lost”, “X-Files”  producer, Steven Maeda on the Netflix series with Tomorrow Studios. After three years since the first rumors of the live-action back in 2017, Oda (who is also executive producing) said, “I know I announced the production of this back in 2017, but these things take time! Preparations have been slowly progressing behind the scenes, and it seems that I can finally make the big announcement: Netflix, the world’s leading streaming entertainment service, will be lending us their tremendous production support!”

No official trailer has been released, but viewers hope the show will not be a let down like some of its live-action predecessors have been, not naming names. But in general, we are sitting in anticipation, remotes at hand, ready for our next adventure with Luffy and the crew. 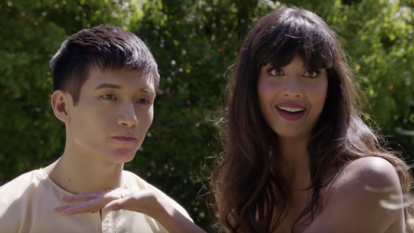 We were there when British socialite Tahani Al-Jamil and quintessential Florida Man Jason Mendoza first met as soulmates, way back in 2016 when “The Good Place” began. Then we […]