Expect a new K-drama from “Descendants of the Sun” creators in July.

The show will stream on Netflix in the U.S. on the same days it broadcasts in Korea, with the premiere set for July 7.

“Mr. Sunshine” will be the third collaboration between writer Kim Eun-sook and director Lee Eung-bok, the duo behind K-drama juggernauts  “Descendants of the Sun” and “Goblin.” It is produced by Hwa&Dam Pictures and Studio Dragon.

The show is set during the Korean Expedition of 1871. Lee plays a U.S. marine officer who returns to Korea and falls in love with the daughter of an aristocrat, played by Kim Tae-ri. He will “discover the dark scheme to colonize the country that he once ran away from” as the son of a house servant, according to Deadline. 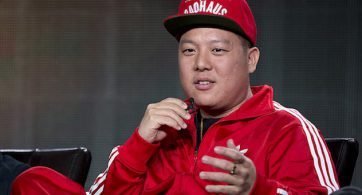 “Fresh Off the Boat” author Eddie Huang has fresh new series coming to television. The show, “Cash Only,” will give viewers an intimate look into immigrant kitchens as well […]