Following the January release of Toro y Moi’s sixth album “Outer Peace,” Chaz Bear debuts the music video for one of the stand-out tracks, “Ordinary Pleasure.” Kicking off the video with a melody on the piano and a rhythm on the congas, the artist leads fans on a tour of his colorful studio office as he grooves to funky electronic beats. In one corner, an artist adds the finishing touches to a painting; in another, a person makes photocopies next to a photo shoot. In addition, the camera captures the retro decor that matches the album’s style as well as the Toro y Moi aesthetic. Closing out the video, Bear and his employees have a dance party in the studio’s backyard. It’s fun, joyous and carefree just like the song.

But each album is different and “Outer Peace” is a transition into a new room for Chaz Bear. The singer, songwriter and record producer has recently become more outspoken about his biracial identity, and referenced it as the source of inspiration for his new album.

“Growing up biracial, you learn to float between cultures because it’s what you have to do to survive,” the producer told the Willamette Week. “One day you’re hanging with the Filipino family and then the black family the next day. When I got into the arts, I definitely became more aware of that. I wanted to make my thing, something that represents me.”

Toro y Moi is currently finishing up the second leg of his sold out US tour for “Ordinary Pleasure.” 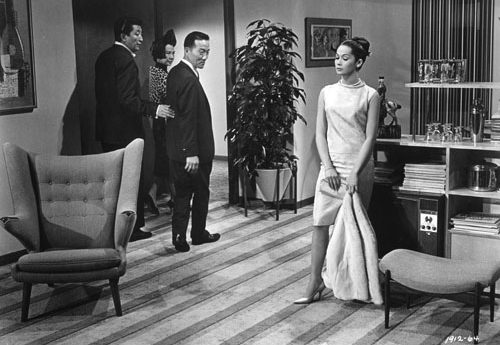 Chin Yang Lee, who wrote the best-selling novel “Flower Drum Song,” passed away on Nov. 8. His family chose not to make his death public at the time. Born […]