A young woman bites into a graham cracker cookie shaped like a breast just before she receives the stunning diagnosis that she has cancer — for the second time. This is Teddy in “Nice,” an indie episodic set in Minnesota which follows a woman embarking on adulthood.

The independently produced pilot, which screened at the Tribeca Film Festival, teamed together creator and writer Naomi Ko (who is also the lead actor), director Andrew Ahn and producer Carolyn Mao. The story has its personal connections: Ko is a Minnesota native, while Ahn’s own father was cast as the lead character’s father.

“Nice” taps into an honesty in its characters that brings a sense of realism to the depiction of a Korean American family in the Midwest devoid of hyperreal representation. The story features a diverse cast with a vibrant, unaffected narrative and characterizations that eclipse demographic lines.

Creator and writer Naomi Ko is best known for her work on “Dear White People” and “The Mortified Guide,” while director Andrew Ahn’s previous directing credits include the Sundance Now series “This Close” and his debut feature film, “Spa Night.”

Did you know each other before working together on “Nice”?

Andrew: I actually knew Naomi even before “Spa Night” premiered. We’ve just been friends for a number of years. I knew about “Nice” and its development for a while, but wasn’t officially attached to it.

How did “Nice” officially come together?

Naomi: So my pilot “Nice” was formally in development at a different production company for about a year and a half. I was developing the entire first season with them. When I got a grant to make this into the pilot, I was like, “[Andrew], you’re gonna be the director, right? Because there’s no one else but you.” And that’s when I realized that I was going to do it independently. Because I could’ve shopped it around again, I could’ve asked a different production company or studio. But at that point, if I was really going to make the story that I wanted to make, in the vision that I’ve always intended it to be, then independent was the only way to do that.

What inspired the story for “Nice”?

Naomi: It’s loosely based on my life and my experiences with breast cancer. Surprisingly, a number of my friends in their 20s have been diagnosed with various forms of cancer, or with life-changing diseases like diabetes. I was very intrigued by this idea, because you think that after you graduate from college you’re finally gonna come into your own. And then something comes up that really changes how you approach your 20s and what you think is supposed to be the time of your life is now a little bit off track.

Did you have any reservations about putting yourself on camera since it’s based on such a personal story?

Naomi: In the beginning I was like, “Totally, I’m gonna do it.” But even though “Nice” is different from my personal life and experiences, it still brought up painful memories. But after I got over that, I was just like, “No, it’s gonna be me.” Because — one, are there a lot of Korean American actresses from Minnesota?

I cannot name any.

Naomi: Neither can I. That regional experience is really important to me. Sometimes these different quirks, these Minnesota quirks will come up, and that’s kind of hard to teach to an actress in a short amount of time. I wrote Teddy to represent that untraditional Korean American that myself and so many other Korean American women who look at American television don’t see, or even look at South Korean television and didn’t see themselves represented.

Andrew, what was it like directing something you hadn’t written?

Andrew: When you’re directing something you haven’t written, there’s a certain objectivity that you have and there’s a certain perspective you have on the material that can be helpful. It allows you to see different possibilities for the scenes, for the characters. But it’s really important that you understand where the writer’s coming from and try to understand the perspective of the writing and of the show. The other interesting thing about “Nice” is that Naomi is not only the writer — she’s also the lead actor in it. I wanted so much of Naomi’s personality to show through, and she’s a funny, sometimes abrasive, outspoken personality, a sarcastic person. So it was a different challenge, but at the end of the day, it’s the same directing principles that I’ve been practicing and working on and exercising in “Spa Night.”

Andrew: It was a really great experience, and it was actually my first time shooting something outside of L.A., shooting in a different city, in a different state. So it was kind of fun and interesting. And that’s a community and culture that Naomi is so familiar with, and I wanted to help bring that to life. Because so many of the Asian American stories that we see are L.A. or New York. So to show a different perspective was a fun challenge and felt really meaningful.

Andrew, you had to be resourceful and improvise during your indie production of “Spa Night.”

Andrew: It’s kind of the same thing. We independently produced “Nice,” so we had a limited budget and a limited crew. You kind of have to learn how to do it if you’re going to tell stories that aren’t going to be supported by a more mainstream platform or product company.

I’ve been feeling like the industry is changing, and I think more personal narratives and more narratives about women, people of color, LGBTQ folks, is happening, but it’s still slow. Taking it into your own hands is kind of necessary.

So you’re looking to get picked up for a full season?

Naomi: Yeah. That would be great. I think the show is going to be a great representation of not only of Korean Americans or Asian Americans, but of a whole region, specifically Minnesota. Speaking from a Korean American perspective, and diverse Korean American voices — we’re excited to show that to world.

What else are you working on?

Naomi: I’m working on a feature film right now about a college team of Korean American female golfers. Golf is such a huge thing for Korean women. And I’m very amused by golf. 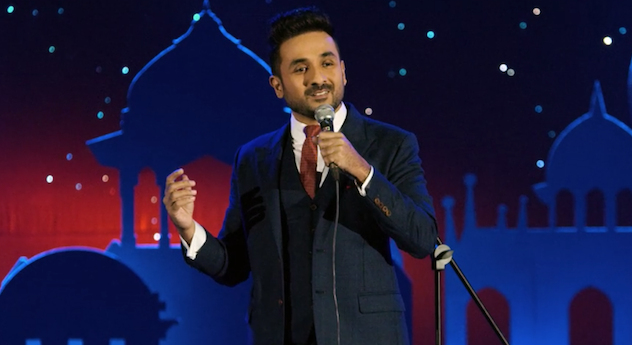 Vir Das, who released his Netflix stand-up special “Abroad Understanding” last year as the first Indian comic to do so, has signed for two more specials with Netflix, according […]