Though he’s best known as a K-pop singer, Wang was born in Hong Kong, and debuted as a member of boy band GOT7 in 2014 with the single “Girls Girls Girls.” This year, Wang featured on three tracks from 88rising’s album “Head in the Clouds II.” “Mirrors” is the first output from Wang as a solo artist, and the album includes a duet with Indonesian pop singer Stephanie Poetri titled “I Love You 3000 II,” and his popular single, “Bullet to the Heart,” which have both landed at top spots on Billboard’s China Billboard Chart. It also includes the song “Titanic,” featuring 88rising artist Rich Brian.

“‘Mirrors’ encapsulates 8 songs, 8 ‘mirrors,’ and 8 ‘soulmates’ who fully understand your inner emotions,” Wang said in a press release about the album. “Pain, hard work, self-confidence, positivity, passion… Each song shows your true thoughts in different stages of life, reflects your different mental journeys, and portrays the emotions you don’t know how to express.”

You can listen to the full album here. 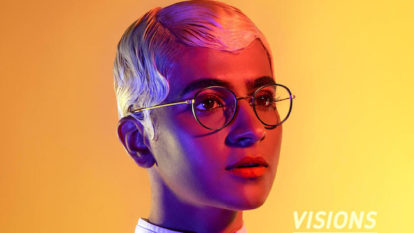 Our weekend playlist has just arrived!  Activist, musician and feminist icon Madame Gandhi just dropped  her latest EP, “Visions,” the second installment of her ongoing project that celebrates the […]