Even if you’re not in town to catch the New York Asian Film Festival coming up on June 28th (they’ve got a cool Jackie Chan Retrospective during the fest!), you’ll still be able to experience a part of the festival from your home computer with the Korean Short Film Madness. NYAFF and Dramafever have partnered together to release a collection of short films from Korea’s Mise-en-ScÃ¨ne Film Festival (it’s all shown exclusively on DramaFever!).

The short films and talented new directors are:

“The Visitor” by Kim Bo-young

“You Promised Me” by Pil Gam-sung

“The Professional Demonstrators” by Hwang Hyun-jin

To check out the films, please visit: http://www.dramafever.com/collections/korean-short-film-madness

Established in 2009, New York-based DramaFever is the leading online TV network for primetime shows from around the world. The service streams to millions over DramaFever.com, mobile and web TV apps (Android, iOS, Google TV, Roku) and also provides a curated selection of shows to partners including Hulu, Netflix, and iTunes. All shows are professionally translated into English and Spanish, and are available for free in high quality. To learn more, visit www.DramaFever.com.

ABOUT NYAFF & SUBWAY CINEMA
The New York Asian Film Festival (NYAFF) is North America’s leading Festival of popular Asian cinema, which the New York Times has called “…one of the city’s most valuable events…” Launched in 2002 by Subway Cinema, the Festival selects only the best, strangest, and most entertaining movies to screen for New York audiences, ranging from mainstream blockbusters and art-house eccentricities to genre and cult classics. It was the first North American film festival to champion the works of Johnnie To, Bong Joon-Ho, Park Chan-Wook, Takashi Miike, and other auteurs of contemporary Asian cinema. The Festival has been produced in collaboration with the Film Society of Lincoln Center since 2010. 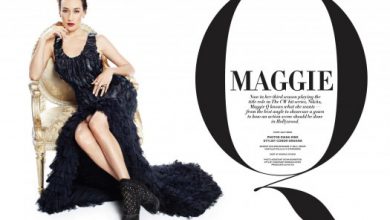 Now in her third season playing the title role in The CW hit series, Nikita, Maggie Q knows what she wants – from the best angle to showcase a gown to how an […]