Park Chan-wook returns with his first new film in over six years, the seductive thriller “Decision To Leave.”

Park’s film centers on the investigation of Seo-rae’s (Tang Wei) husband’s death. Detective Hae-joon (Park Hae-il) finds himself drawn to Seo-rae, even as the circumstances surrounding her husband’s demise begin to raise further questions. With a screenplay written by Chung Seo-kyung, the film blends a mixture of investigative drama, romance and unexpected humor that forgos the taboos of Park’s previous work, which includes the 2003 thriller “Oldboy.” “Decision to Leave” premiered at the 2022 Cannes Film Festival and was selected to compete for the Palme d’Or, the highest accolade available at the fest.

“My goal in ‘Decision to Leave’ was to create a film that subtly and imperceptibly pulls the audience in and captures their interest,” Park said in a press statement. Winner of Best Director at the 2022 Cannes Film Festival, Park has set out to tell a tragic story of loss through elegance and humor.

“Decision To Leave” is set to open in select theaters today, Oct. 14, and will expand nationwide on Oct. 21. To find out where you can catch the film, visit the website here. 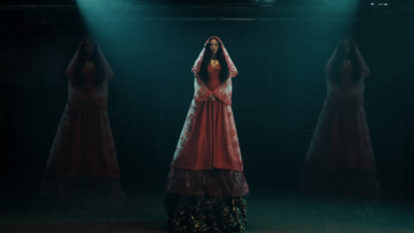 Get to know these new singles from your favorite Filipino music artists.