The 90th Academy Awards on Sunday night may have acted as a gathering of Hollywood’s most powerful in calling for inclusion, diversity and the #MeToo movement, but it couldn’t prevent one photo agency from mislabeling “Star Wars” actress Kelly Marie Tran as Olympic figure skater Mirai Nagasu.

Getty Images, one of the nation’s largest photo agencies, captioned Tran and Nagasu as each other in uploaded photos. The gaffe did not go unnoticed by Oscars coverage watchers on social media.

“The tomfoolery has begun,” comedian Jenny Yang wrote on her Twitter.

They did the same with Kelly… pic.twitter.com/5kHjjiVR8G

Here you go, Getty. Hope this is helpful. You’d think that seeing Adam Rippon standing next to Mirai Nagasu would be a clue that she was an Olympian, and not #StarWars actress Kelly Marie Tran, but whatever. https://t.co/H9F2GhTfV9 pic.twitter.com/Q3v7fOAgwY

I can’t believe they mixed up Mirai Nagasu and Kelly Marie Tran… All those HQ shots and somehow no one does a visual check?

Getty has not yet commented on its gaffe. This is not the first time a major agency has mislabeled Asian American stars — and other celebrities of color. In 2016, following Alan Yang’s win for “Master of None” at the Emmys, the news agency Associated Press labeled Yang as Kelvin Yu, one of the show’s actors. (This came after the same mix-up with Yang and Yu happened, that time by the Hollywood Reporter, earlier that year, prompting Yang to write on Twitter: “Same race, different dude.”) During the same Emmys, the Television Academy tweeted a photo of “Empire” actor Terrence Howard calling him Cuba Gooding, Jr. 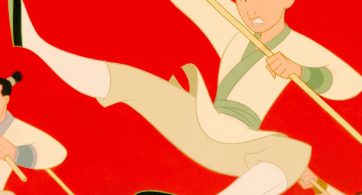 The wait for the “Mulan” live-action film just became much longer. Initially planned for a November 2018 release, the Disney film will now arrive in theaters on March 27, […]