What would you do if you found out your adorable little kid could float in mid-air?

A father-son story for all audiences, “Float,” written and directed by Bobby Rubio, is Pixar’s first short animated film featuring Filipino characters. The seven-minute film is part of Pixar’s SparkShorts series, which gives studio employees the chance to produce their own short works.

In the short, a father tries hard to hide his infant son after discovering his special ability to float, fearing others’ judgement. But when word gets out, he must decide whether to run and hide or stand by his son.

Some of Rubio’s previous work as a story artist at Pixar includes “Up,” “Brave” and “Incredibles 2.” A Filipino American father of three, Rubio based “Float” on his own relationship with his son, and modeled the CGI characters after both of them. While Rubio chose to have the characters reflect his personal background to stay true to his story, he said in a statement to “Asian Journal” that the film is ultimately about acceptance in any community.

“At the end of the day, [‘Float’] is about the bond between father and son,” Rubio said. “It’s about unconditional love, especially amongst family members and amongst everybody… It’s about love and acceptance and hopefully, that will resonate.” 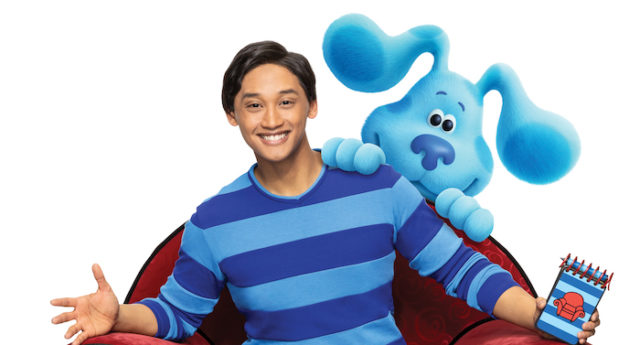 If you’re a ’90s baby, chances are that the words “handy-dandy notebook” and “mail time” will conjure up some nostalgic memories of your childhood: memories of Steve in his […]