A little less than a year ago, Zane Lowe from Beats 1 conducted a video interview with the frontman of The 1975. Matty Healy grabbed a youthful, fuschia-haired Filipino dude, pulled him playfully into the screen and affectionately embraced the kid’s neck with his arm. “This is my baby, this kid is amazing,” Healy said, of the bespectacled singer No Rome, who posed with duck lips. “For pop music, it’s so exciting to be working with him, having ideas and ideas and ideas. I’d never heard of him, and then I just flew him over from Manila to the U.K. to live in London with me. We moved him over, signed him to Dirty Hit and the rest was history,” enthused Healy, who never explained how he discovered the mystery music maker.

Indeed, the Manila-born and now London-based No Rome is enjoying the unflagging support of the rock star, acting as Healy’s muse and collaborating with the award-winning band on their forthcoming album, which sets him up nicely for his own projects. No Rome’s EP, “Crying in the Prettiest Places,” debuts on May 3, introducing the world to five compulsively listenable tracks of chilled-out, pop-inflected R&B. His primary lyrical theme is about the importance of aesthetics, over spare and elegant beats that evoke The Weeknd.

Although the EP’s first single, “Cashmoney,” was just released in late May, its conception can be traced back to the artist’s teen years, when Guendoline Rome Viray Gomez worked at a call center in Manila, daydreaming about fashion designers like Dolce Gabbana and Balenciaga. “I could buy things you would like,” he intones in his raspy, mellow voice, oozing alluring ennui over synthed-out 808s and shimmering high-hats.

A version of “Narcissist (feat. The 1975)” already has more than 33 million listens on Spotify, with its bittersweet lyrics about heartbreak: “Took a picture of all my flaws/ Or you can take a video on your phone/ And you know that I would talk/ But I’m too afraid to pick you up and go home/ I’m feeling Dazed like a magazine.”

With its sonic portrayals of lazy, intimate afternoons and entangled limbs, it’s music that speaks to the material desires and soul-crushing insecurities of a generation raised on robocalls and influencer marketing. “A lot of people I know feel a great uselessness,” he says on the EP’s intro. “You’re a human being and it’s all so big. The world is so big. And everything is so untouchable and unreachable. They just want to do something that they can be a part of, that they can mold and they can make.” It’s the existential quest to leave one’s mark and to matter—even if you matter most to a rock star on the other side of the world. 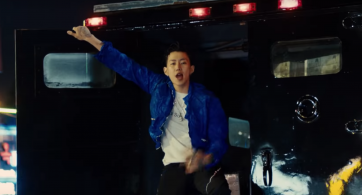 International rapping sensation Jay Park is celebrating one of the most humble, yet iconic Los Angeles neighborhoods with his latest music video, “K-TOWN.” His latest release sees Park flexing […]