Sometimes something as simple as the smell of roasting garlic in the wind can launch a person back to a vivid childhood memory of their mom’s cooking. In “Ramen Shop,” director Eric Khoo makes the argument that our relationship with food goes beyond just the personal—it’s an edible record of history.

Directed by the auteur credited with the revival of the Singaporean film industry, “Ramen Shop” weaves together themes of history, family and food against the backdrop of a young man struggling to come to terms with his ramen sensei father’s sudden death. The film stars Takumi Saitoh (“13 Assassins”) as Masato. After discovering his mother’s secret diary in his father’s belongings, Masato travels to her home country of Singapore to learn more about the mother he never knew. Told in a series of flashbacks spliced between scenes of the present day, Masato uncovers the story of his mom and dad’s tender, but complicated food-centric romance, learns to cook the signature Singaporean soup, bak kuh teh, and meets his (at first) cold-hearted grandmother. In short, there hasn’t been this level of food p-rn since Ang Lee’s “Eat Man Drink Woman.” The film is set to make its U.S. debut on Friday, March 22.

“Ramen Shop” is not your typical Asian drama. Though the film has a distinct Japanese atmosphere, the majority of “Ramen Shop” takes place in Singapore and makes for an interesting mix of two distinct cultures. Though the film is at times saccharine, it delves into topics that wouldn’t normally be found in a typical Japanese movie. While in Singapore, Masato discovers a smorgasbord of delectable dishes like chili prawns and Hainanese chicken rice, but also learns about something much more unsavory: the Japanese occupation of Singapore. It’s refreshing to see a movie acknowledge a topic that’s so often swept under the rug in Japanese mainstream media.

Although his primary mission in coming to Singapore was to learn more about his estranged family, Masato also makes ample time to do what he loves the most: eat. The dishes that Masato cooks and eats his way through play just as big of a role as its actors do, kind of like how the desolate Texan landscape in “No Country For Old Men” is just as important as the dead, 100-yard stare that Javier Bardem uses to convey the villainous character of Anton Chigurh. By representing food as an emotional medium in “Ramen Shop,” Khoo is able to articulate the full range of feelings that Masato experiences as he comes to terms with his father’s death and his family’s complex history. 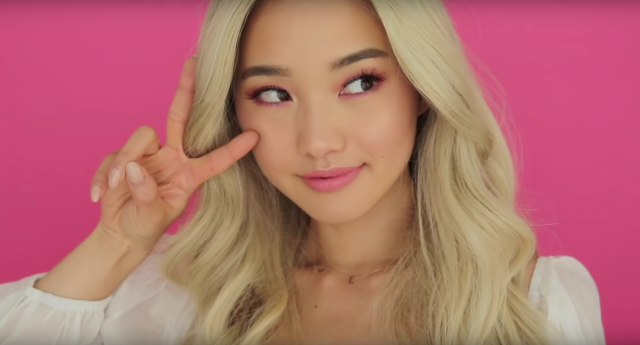 We’ve seen record-freezing temperatures in the U.S. these past few months, but fortunately, spring has officially sprung. In anticipation of warm weather and blooming flowers, these Asian fashionistas are […]