Surely you must remember in December 2012 when the news reported the horrific gang rape of 23-year-old Jyoti Singh and the beating of her male date on a bus in Delhi, India. Six men assaulted her and raped her with an iron rod on a moving bus. Police later found their naked bloody bodies huddled together in a ditch along the side of the road. She died two weeks later from her extensive internal injuries. Riots soon erupted in the streets of Delhi.

At a screening at the 2019 Sundance Film Festival, Indian Canadian director Richie Mehta told the audience that he had nightmares every single night since he started work on the series “Delhi Crime Story” six years ago.

Imagine if you could gain an understanding of this crime through the prism of a police drama such as “The Night Of” or “The Wire.” Then, the answers could emerge, piece by piece, clue by clue, for viewers who have the constitution to sit through all seven episodes. That’s precisely what Mehta succeeded in doing by carefully, and respectfully, deconstructing the anatomy of this crime with both precision and compassion.

Thankfully, the series doesn’t get too graphic with the rape itself, which would seem exploitative if not totally gruesome and nauseating. Instead, Mehta focuses on the social and governance issues that permitted this crime to occur. The police are horribly underfunded, as station lights flicker with spotty electricity. Street level patrols are overworked, with officers dozing off at their posts, and subject to offers of bribes and drugs. Aspiring female cops are ridiculed and held back in this chauvinistic culture. No reliable forensics seem to be available without paying extra for a private company to do the work. Class divisions and resentment permeate the police hierarchy. In this milieu, gang rapes are multitudinous and rarely taken seriously by the police.

Enter Vartika Chaturvedi (played by Shefali Shah), the female lead investigator who moves purposefully through the chaotic Delhi streets with authority and intuition. She first learns of the attack when the reporting officer tells her that there has been a beating, but no mention of rape. Because he calls her at night when she is sleeping, she senses that it is far worse. Her instincts are right when she gets to the hospital and discovers the appalling condition of the victim.

Chaturvedi martials all of her best men and women. She liaisons with the media and the top brass of the Delhi authorities, and is even tender and compassionate toward the victim’s parents. She wisely secures evidence where it can’t be tampered with or destroyed by irate mobs seeking vengeance.

But when it comes to her own teenage daughter, who is looking to leave Delhi to attend university in Toronto, she is helpless in her desire to keep her girl close to home. As a police officer all too familiar with the sexual violence and misogyny in Delhi, why would she be hesitant to let her child go to Canada, arguably one of the safest countries on the planet?

On March 22, “Delhi Crime Story” will premiere on Netflix, with all seven episodes begging to be binged, if you dare. I hope that the rest of the series will show how the criminals were captured, what happened to the boy who was also a victim of the attack, whether the lead investigator’s daughter decides to stay and protest with the rest of Delhi, and how the riots started a conversation about the way women are treated in India, and in the world. 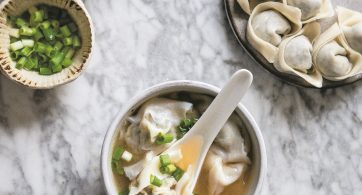 Often lost in the hand-wringing over Asian American “outmarriage” rates is that the fastest growing pairings are actually intra-Asian American: Chinese/Filipino, Korean/Thai, South Asian/Japanese, etc. This is especially true […]