In the California hills, a tour bus door cranks open to reveal a driver with a tabby cat’s head. Sort of like a fairy godmother from the uncanny valley, she’s arrived to guide the recently dumped Jules (Kat Dennings) and a whole host of other newly single women through the sandy, post-breakup deserts, avoiding the dreaded Rebound Town along the way.

That’s just one of the many mad tea party-esque scenes that make up “Dollface.” In this new Hulu original series, which premieres on Nov. 15, Jules gets out of a long-term relationship with her boyfriend Jeremy (Connor Hines), only to find out that her “account as a woman” has been frozen for allowing all of her female friendships to expire. With aid from the aforementioned cat lady, Jules sets out to reconnect with her ex-bestie Madison (Brenda Song) and the lovably unstable Stella (Shay Mitchell), making plenty of new human and animal friends along the way.

The show constantly toes the edge of surrealism, including plenty of deep-dives directly into Jules’ vivid imagination. In the first episode, those frequent breaks from reality can get distracting: Even real-life events are jarring and nonsensical, as Jules struggles to re-enter the world of womanhood that she’s left behind by allowing her life to revolve around her ex. The sheer preachiness of the first episode, too, can be grating, as the cat lady and others insist that “Relationships with other women are sacred and necessary.” While the image of the desperate “guys’ girl” has a hilarious ring of truth to it, the show’s very premise—that women can only be women by putting in quality time with other women—feels silly at best, off-putting and unnecessary at worst.

But viewers should try to stick it out, because as the show progresses, its blatant proselytizing is thankfully left behind. “Dollface” finds its stride, and takes a more appropriate tone when tackling the many bizarre rituals of female friendship. And yes, they are bizarre. Girls’ nights in and out, relationship consultation and outfit advice are all seen from the perspective of the outsider looking in, reminding audiences just how weird being a woman can actually be.

Surreal scenes also become genuinely enjoyable and funny, like a church service scene centered around Sunday morning brunch (where the Eucharist is gluten-free, and mimosas are served in Communion goblets). But as Jules begins to come into her own navigating a woman’s world, those strange moments become less and less frequent, showing Jules coming to her senses instead of being submerged in her imagination.

Dennings is perfectly cast as the baffled Jules, with Song’s Madison and Mitchell’s Stella as her far more glamorous, experienced counterparts. While Jules’ frumpy clothing and introverted tendencies form a strong contrast, Madison and Stella’s perfectly styled and polished exteriors hide the insecurities and flaws that make them so enjoyable to watch. As the series goes on and all of the women begin to evolve, so do their style choices. Jules begins to opt for more “feminine” clothing, while Stella and Madison wear more practical outfits, creating a nuanced transition that feels believable even in the strange fictional world their characters inhabit.

With plenty of entertaining cameos from guest actors (including a hilarious appearance from “Home Alone” star Macaulay Culkin) and a rapid pace, “Dollface” is a fun and solid watch from its second episode to its fabulous, funny end. Whether or not viewers really believe that “in today’s world, the bonds of sisterhood are all you have to turn to,” the show has lots of heart and heartfelt moments. Cat ladies and clunky philosophizing aside, it’s sure to convince even the grumpiest guys’ girl out there to call up her friends, female or otherwise, for a night of binge-watching TV on the couch. 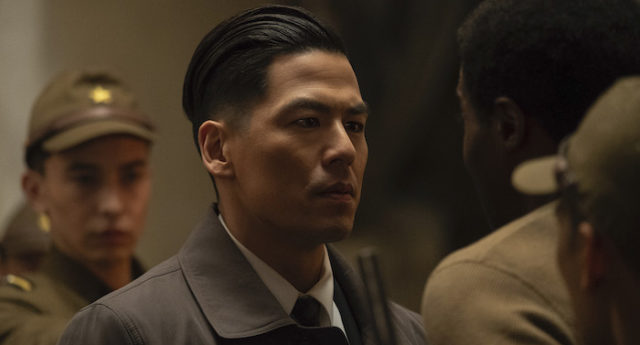 Over the phone, “Warrior” actor and martial artist Rich Ting speaks in a combination of immaculate Yale vocabulary and Californian slang. When asked about his education and his football […]